Documentation is important in a medical malpractice case, but when information is missing from the records it's not the end of the world Contact Now

When your medical records leave out information, you can fill in the blanks

Documentation is important in a medical malpractice case, but when information is missing from the records it's not the end of the world 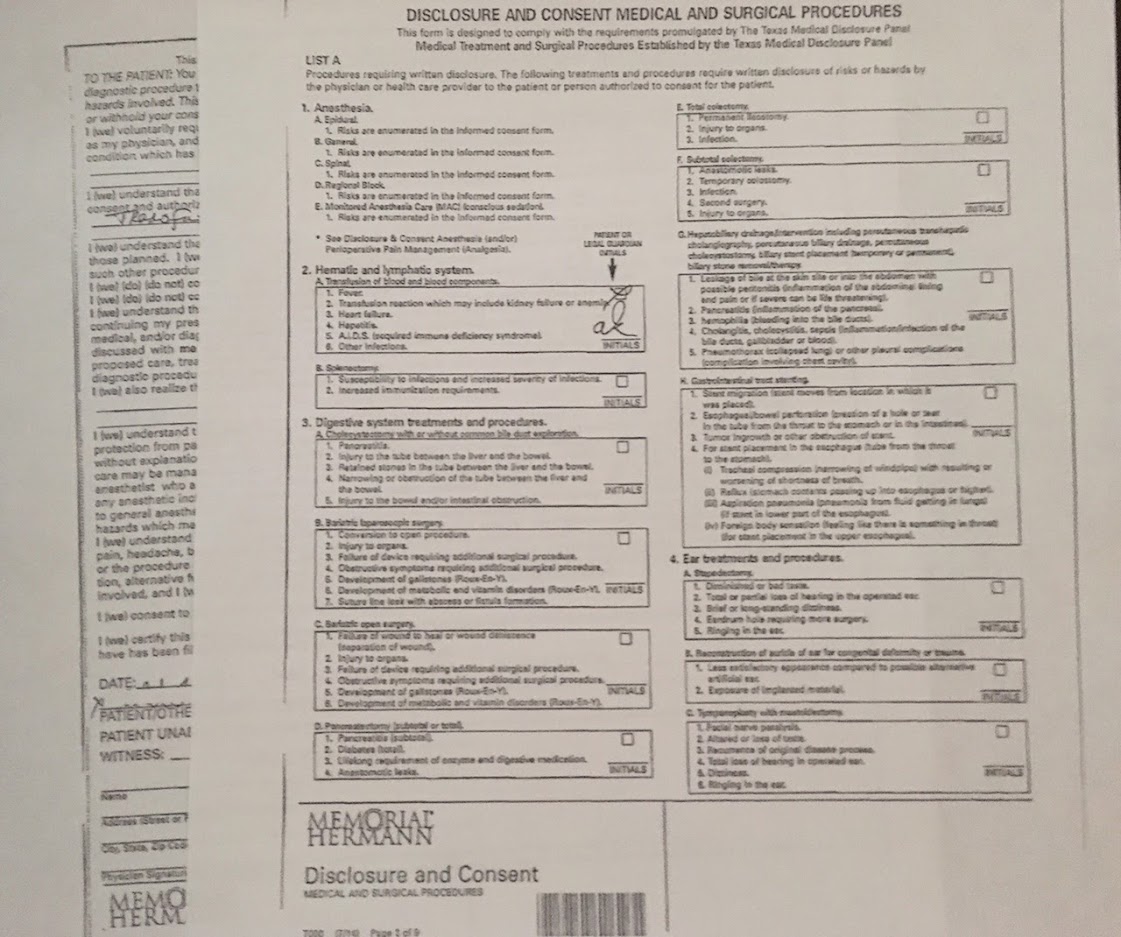 Here at Painter Law Firm, we regularly speak with victims of medical malpractice who are upset and worried that their medical records aren’t accurate or have a lot of missing information.

Right now, in fact, we’re working on two cases where there are huge gaps in the medical record documentation precisely at the time of key events. It’s hard not to be cynical in these situations. We definitely understand our clients’ angst.

Texas Medical Board Rule 165.1 requires doctors to maintain an adequate medical record that is complete, contemporaneous, and legible.

A medical record entry is contemporaneous if it’s done at or around the time of the care that’s being recorded. Documentation is complete when, at a minimum, it is signed and dated, and includes:

• An assessment, clinical impression, or diagnosis

• An explanation of the plan of care, including discharge planning, if applicable

When a doctor has a plan of care for a patient, it should be in writing and include this type of information, when applicable:

• Information about referrals or consultations with other physicians

In hospital settings, registered nurses and licensed vocational nurses do a lot of the medical record documentation—or at least they should.

Texas Board of Nursing Rule 217.11 requires all nurses to accurately and completely report and document:

• The patient’s status, signs, and symptoms

• The nursing care that was provided

• Orders from doctors or other qualified providers

• Administration of medications and treatments

• The patient’s response to medications, treatments, and care

When there’s missing medical record documentation in a medical malpractice case, the hospital, doctor, or nurse will always have a long list of excuses.

At the top of every list is how it’s impossible to write down everything, and they were simply too busy caring for their patients to make the documentation. This is really a losing argument, though, because Board rules don’t excuse the documentation requirement simply because the provider is too busy.

Medical records have an important role not only in lawsuits, but in ensuring that information doesn’t fall through the cracks as doctors and nurses clock out and new ones become involved in a patient’s care.

A potential advantage for plaintiffs

Sometimes notations in patient medical records are flat out inconsistent with the recollection of a patient, family member, or friend. In those situations, it’s often an uphill battle to convince a risk manager, insurance company, or juror that the medical records are wrong.

When medical records are silent or missing, though, there’s an opportunity for testimony from the patient to tip the scale in the plaintiff’s favor. Think about it. Who will have a better memory of the details of the patient’s care from a year or two before? The patient, family, and friends? Or the doctors and nurses who’ve seen hundreds of different patients since then?

Here’s a good example of how this can work.

One January morning, a mom brought her 20-month-old boy to a pediatrician for a check-up. The infant had a fever that had gone up to 104 degrees. He was also tugging at his ears, didn’t have an appetite, and had one episode of vomiting up phlegm.

The pediatrician confirmed the fever and noted that the little boy was crying but could be consoled. He did a rapid strep test that was positive and stopped further evaluation.

The next evening, the mom called the pediatric practice group and spoke with a nurse. The mom told her that her son wasn’t getting better. He still wasn’t eating, still had a fever, and was sleeping a lot.

The nurse didn’t make any notation of this call in the boy’s medical record. In the medical malpractice lawsuit that followed, the mom produced her phone records that proved she called the pediatrician’s office. She also testified that the nurse told her to give the antibiotics some time to kick in and work, but to bring him back to the office the next day if he didn’t get any better.

By the next day, this poor little boy had a stiff neck and a fever of over 102 degrees, and he didn’t look well. He was dehydrated and lethargic (having a tough time staying awake). His mom took him to a hospital emergency room (ER) just after noon. They did a lumbar puncture (spinal tap) that showed a high white blood cell count, which can indicate an infection. The spinal fluid was sent to the lab and came back positive for bacteria.

He was in the pediatric intensive care unit (PICU) within four hours and was treated by a pediatric neurologist and pediatric critical care specialists. They diagnosed him with bacterial meningitis that had already caused brain damage.

The little boy had multiple seizures, and they placed him on a ventilator to help him breathe. Tragically, he never woke up again and died a few days later.

In the lawsuit, medical record documentation was a significant issue.

The pediatrician had documented in the medical record that she discussed “fever protocol,” but didn’t go into any details about it. The documentation certainly didn’t meet the standards of the Texas Medical Board.

The pediatrician testified that she talked with the mom about supportive care, avoiding sick contacts, and the signs and symptoms of a worsening condition that would require urgently returning to get re-evaluated. The mom, in turn, testified that she didn’t recall that conversation.

Then, of course, the evening call the next day was a big issue. The phone records showed that the mom called, and the nurse couldn’t remember the conversation. In this situation, virtually everyone would believe the mom.

If you or a loved one has been seriously injured because of poor medical care, contact a top-rated Houston, Texas medical malpractice lawyer, who has the experience in analyzing medical records and evidence to get great results.