When there's fetal distress, it's time for an emergency delivery Contact Now

What you should know about fetal heart monitoring and fetal distress

When there's fetal distress, it's time for an emergency delivery 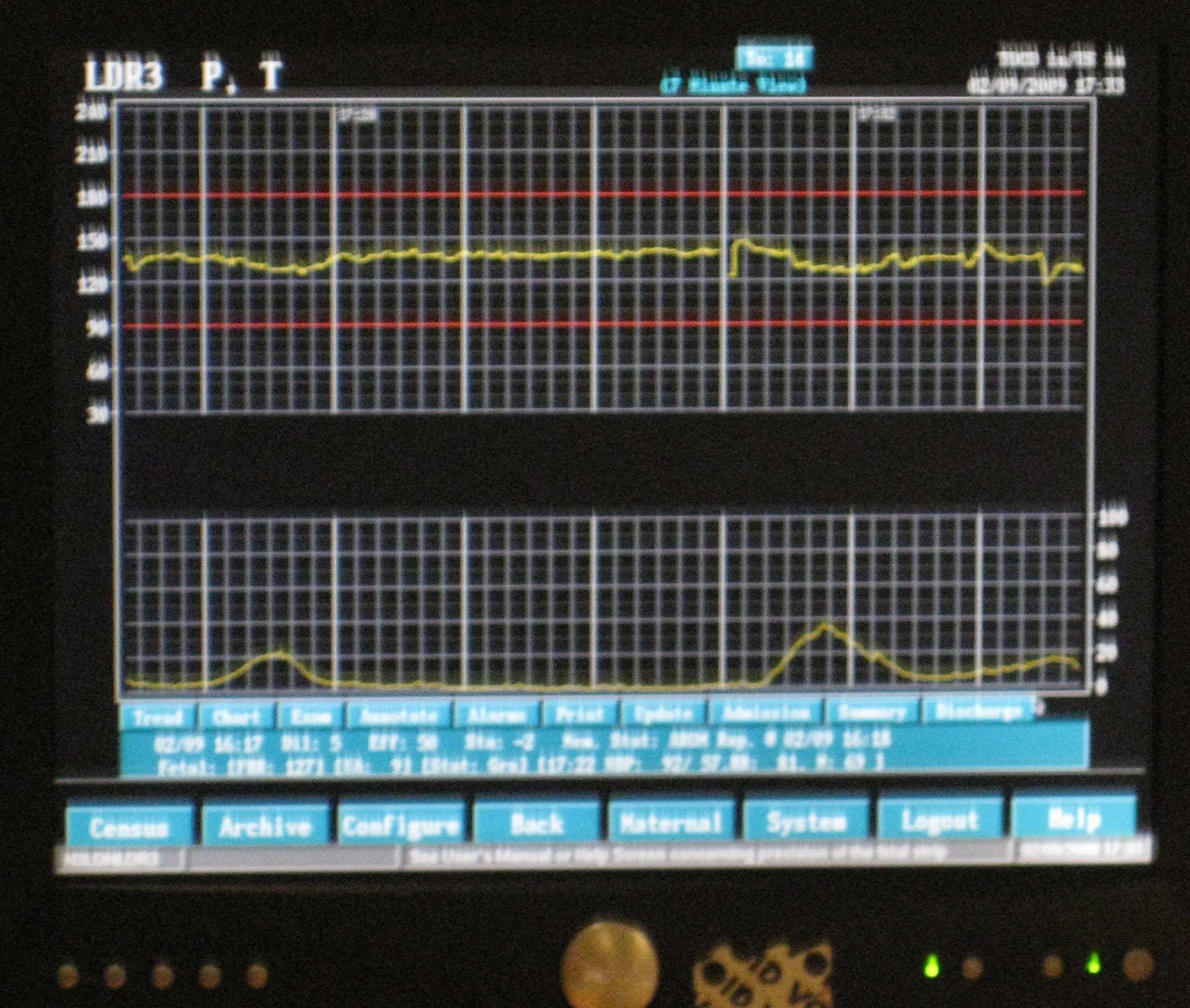 Obstetricians (also called obstetricians/gynecologists or OB/GYNs) are doctors who have specialized training in taking care of pregnant mothers and their unborn babies. They provide prenatal care to the expecting mom and deliver babies when the time comes.

Poor or substandard care by obstetricians at any stage of a pregnancy can lead to devastating injuries to families. A majority of medical malpractice claims against OB/GYNs involve these three errors:

• Delay in treatment of fetal distress

Fetal distress is a term that has been traditionally used to describe an unborn baby who’s experiencing perinatal acidemia, which is a sign that the baby is in a toxic, low-oxygen environment. Without an emergency cesarean (C-Section) delivery, perinatal acidemia can lead to asphyxia and permanent brain injuries including cerebral palsy and hypoxic-ischemic encephalopathy.

Most commonly, fetal distress is identified on electronic fetal monitoring (EFM). However, there are other clinical signs that doctors and nurses must watch for, including the uterine contraction pattern, in order to keep the mom and baby safe.

The standard of care requires a pregnant mother to be connected to EFM when she arrives at a hospital labor and delivery department in potential labor. Labor and delivery nurses connect two belts with sensors to the mother, one to measure the fetal heart rate and the other to measure maternal contractions.

Well-trained labor and delivery nurses and obstetricians are able to recognize a FHR tracing that shows a healthy baby, which many describe as a reassuring strip.

Some years ago, the highly politicized American College of Obstetrics and Gynecology (ACOG) recommended abandoning this simple-to-understand EFM terminology, in favor of new terms that are more difficult to understand for laypeople.

• Category I FHR tracings are normal.

In the old language, still used by many, a Category I FHR tracing would be described as reassuring. They aren’t associated with fetal acidemia or potential hypoxia.

Characteristics include a baseline of 110–160 beats per minute, moderate FHR variability, and no decelerations in the FHR (early, late, or variable).

Generally, these tracings have characteristics that don’t fall within the guidelines for Category I or Category III FHR tracings.

Two things that labor and delivery nurses and obstetricians like to see in Category II FHR strips are accelerations, or bumps on the FHR line, and moderate variability (ups and downs, rather than a straight FHR line). Obstetricians believe that either of these findings are good evidence of a normal fetal acid-base balance.

In the old language, a Category III FHR tracing would be called non-reassuring. They are felt to be associated with fetal acidemia or potential hypoxia.

Category III FHR tracings have an absence of FHR variability, meaning a relatively flat line on the monitor, plus any of the following findings:

• Bradycardia: Fetal bradycardia is an abnormally low fetal heart rate of less than 110 beats per minute for 10+ minutes.

Despite all the modern technology for electronic fetal monitoring, there is still often a breakdown in the basic communication between labor and delivery nurses and obstetricians.

We’ve handled many cases where the fetal monitoring strip showed evidence of fetal distress, but labor and delivery nurses failed to notify the doctor. As result, the obstetrician had no urgency in expediting the delivery of the baby, let alone ordering an emergency cesarean section.

When it comes to low oxygen levels and perinatal acidemia, time is of the essence. Fast delivery can be the difference between a joyous occasion celebrating the birth of a healthy baby and the tragedy of the little one being born with a permanent brain injury.

If you’ve been seriously injured because of poor prenatal or labor and delivery care, then contact the top-rated experienced Houston, Texas medical malpractice lawyer for help in evaluating your potential case.