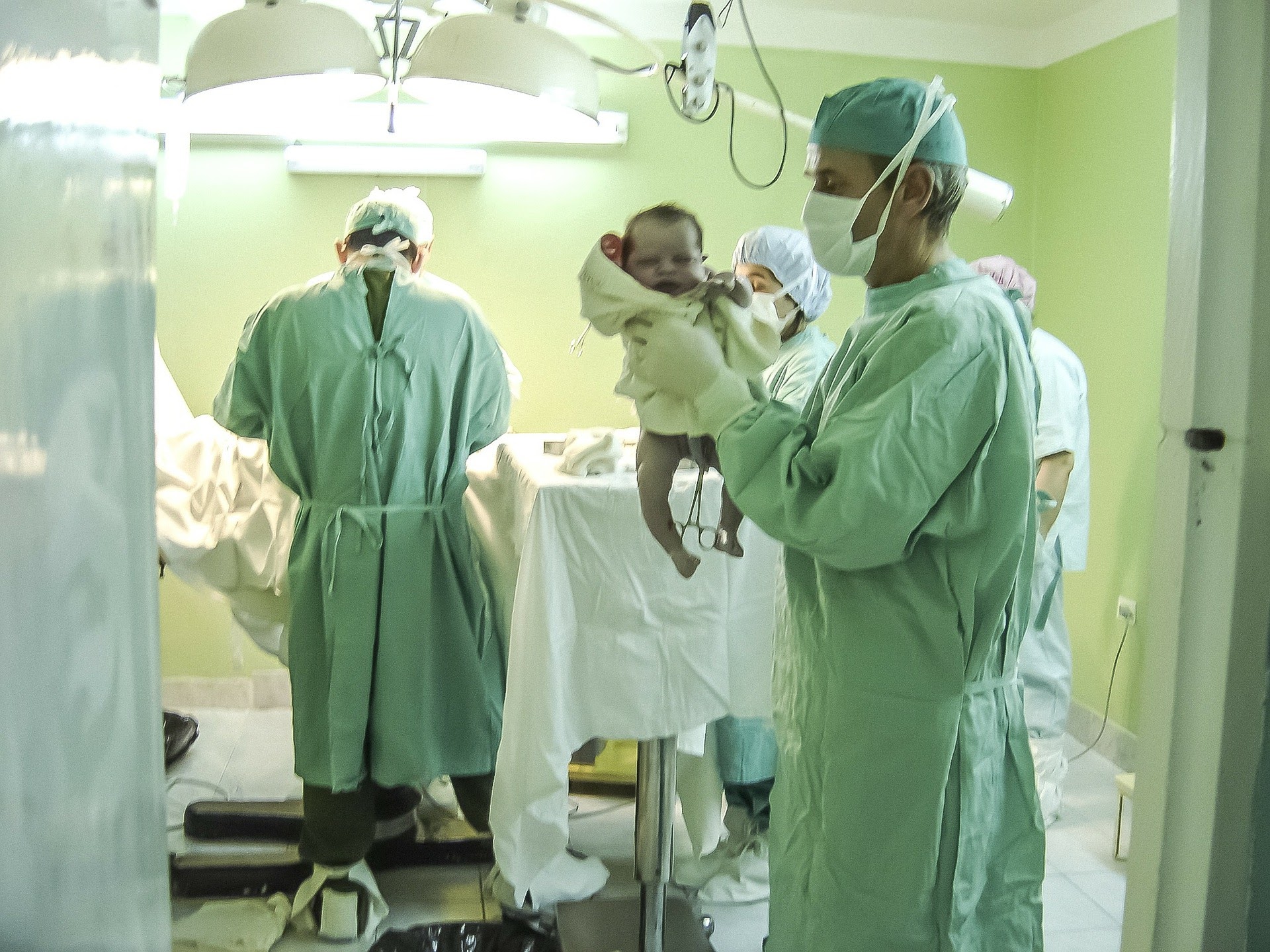 Painter Law Firm filed a federal lawsuit this week on behalf of a family whose baby boy was born with a severe brain injury because of a delayed delivery.

We filed this birth injury medical malpractice case in the United States District Court for the Southern District of Texas, Houston Division, as allowed by the court’s diversity jurisdiction.

The defendants include Memorial Hermann Cypress Hospital and a Cypress, Texas obstetrician. You can read the complaint here.

Memorial Hermann Cypress Hospital is one of the latest hospitals built by the Memorial Hermann Health System, which is the largest nonprofit hospital system in Southeast Texas. The hospital advertises that it has a birthing center, a Level II nursery providing 24-hour neonatal coverage, anesthesiology available 24 hours a day, and an obstetrical emergency center.

The facts of the case are tragic and sad.

The mother, who lived in the Cypress, Texas area at the time, was pregnant with monochorionic diamniotic twins. This fact alone gave her pregnancy a higher overall risk. She was responsible and attentive during her pregnancy, seeing the same Cypress obstetrician (OB/GYN) for prenatal care from confirmation of her pregnancy through delivery.

In May 2018, when she was just over 34 weeks into the pregnancy, the mom’s water broke (spontaneous rupture of her membranes). Obstetrical experts agree that when the membranes rupture, delivery should occur within 24 hours.

On two separate office visits in the previous month, the obstetrician noted in her office medical record that the mom wanted to have an elective cesarean delivery (C-Section). The obstetrician recommended this to her because of the higher risk she had caring the twins.

The mother immediately called her obstetrician, who instructed her to drive herself to Memorial Hermann Cypress Hospital, around 3:10 p.m. The mom arrived at the hospital’s labor and delivery unit at around 4:30 p.m.

Labor and delivery nurses at the hospital confirmed the ruptured membranes when mom arrived at the hospital and noted in the medical record that she was dilated to 2 cm.

FHR monitoring involves wrapping two different belts with sensors around the mom’s belly and connecting the monitors to the FHR machine. The equipment generates two separate lines on video and a printed strip. The top line analyzes the fetal heart rate and the bottom one measures the mom’s uterine contractions.

In labor and delivery units all over America, nurses and obstetricians use FHR monitoring to be able to promptly identify when an unborn baby is distressed. Generally, having some variability from beat to beat on the FHR and some accelerations or jumps in the fetal heart rate are considered reassuring. Non-reassuring FHR strips may look flat, sinusoidal (like a sine wave), or have prolonged decelerations or drops in the fetal heart rate.

The mom signed the consent paperwork for a C-section delivery at 5:20 p.m. This was no surprise because she already had a cesarean delivery plan in place for over a month. Next, she waited for the obstetrician, who didn’t show up at the hospital until two hours after the mom had arrived.

During these delays, the electronic fetal monitoring showed that the mom was having a brisk pattern of uterine contractions called tachysystole. Persistent tachysystole is known to impair fetal oxygenation. It’s easy to understand why—imagine trying to get enough oxygen while being repetitively squeezed around, say, the neck.

The nursing staff didn’t notify the mom’s OB/GYN or any other physician about these concerning findings.

At 7:19 p.m., the labor and delivery nurse disconnected the electronic fetal monitor and the mom was transported to a delivery room one minute later.

Another 25 minutes passed with no urgency for delivery, with the obstetrician finally delivering the first twin at 7:45 p.m. and the second twin one minute later.

In short, the delivery of this mom with a high-risk twin pregnancy and a C-section delivery plan that was long in place took over three hours from the time she arrived at the hospital.

After delivery, the first twin was fine, but the second twin had a bluish color in his extremities.

Sure enough, routine lab work of umbilical cord blood gases showed a low, acidotic pH of 6.87, and other abnormal values.

Two weeks later, the second twin became fussy, leading to a head ultrasound that revealed hemorrhaging. The next day, he was transferred to Memorial Hermann Children’s Hospital. A brain MRI scan showed an extensive brain bleed with resulting hydrocephalus. In other words, he had a significant, permanent brain injury.

As part of a thorough review of the case, we’ve retained medical experts to review the medical records and find out what went wrong. They concluded that there was no reason to wait so long to deliver these high-risk twins, particularly given the facts that the mom was having tachysystole or brisk uterine contractions that were repetitively squeezing the twins with little rest in between, and the mom had already decided to have an elective C-section. In other words, waiting to see see how labor progressed wasn't necessary.

The experts concluded that the delayed delivery caused a hypoxic ischemic (low oxygenation) injury to the second twin, which set him up for the second injury that came two weeks later, the brain bleed.

In short, the medical experts believe that this tragedy could have been avoided if the nurses had advocated for proper physician care and if the obstetrician had acted to expedite delivery. This new federal lawsuit is about seeking justice on behalf of the brain-injured little boy and his family.