Nurses are more than the eyes and ears of doctors 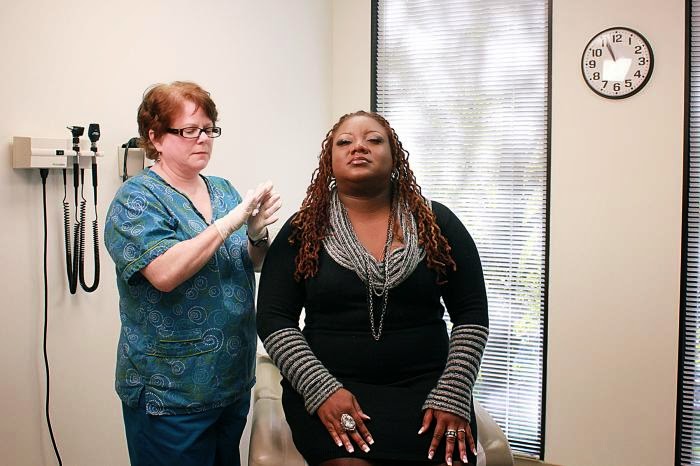 Nurses are often called the eyes and ears of doctors. Doctors typically are in and out of patient rooms quickly, but the nursing staff is in the hospital caring for patients every hour of every day.

As a former hospital administrator, though, I believe that describing nurses as the eyes and ears of doctors misses a critical point. Nurses are part of a multidisciplinary healthcare environment and owe independent duties to their patients. In other words, good, competent nurses realize that they don’t always play second fiddle to physicians.

Texas Board of Nursing Rule 217.19(5) puts things in perspective. The rule explains that, “A nurse’s duty is to always advocate for patient safety, including any nursing action necessary to comply with the standards of nursing practice.”

Rule 217.11(1) adds that all nurses are expected to collaborate with the patient and members of the health care team in the interest of the patient’s health care.

The duties of advocacy and collaboration require nurses, on occasion, to speak up and get help when the patient’s in trouble. Sometimes speaking in a whisper isn’t enough. Sometimes the nurse has to be assertive and push back when a doctor is making a decision that, in the nurse’s judgment, is not in the patient’s best interest.

It’s not that this happens every shift or even every week of a nurse’s clinical practice. When action is needed, though, it’s important for there to be an appropriate environment already in place at the hospital for nurses to know what to do.

First, hospital administration and leadership should protect registered nurses and licensed vocational nurses from bullying by physicians and mid-level providers, including physician’s assistants and nurse practitioners.

It’s absolutely true that bullying misconduct isn’t limited to middle school. We handled a case in central Texas involving a young patient who had a serious brain injury as a result of operating room conduct of a neurosurgeon during what was supposed to be a pretty simple procedure.

We learned from internal sources at the hospital that the hospital’s risk management department quickly interviewed the operating room nursing staff after the incident. The nurses shared that they heard the neurosurgeon say that he had gotten lost in the patient’s head and that they saw him moving a surgical scope in and out of the patient’s skull like a pogo stick.

Apparently, the risk managers went straight to the neurosurgeon and told him what the nurses had reported. A few days later, the nurses were shocked and felt bullied when they were back in the operating room with the same neurosurgeon, who sarcastically mocked them by saying he was lost.

Clearly, that’s not the type of environment that you want to see in a hospital that’s serious about patient safety.

Second, the hospital should have policies and procedures in place that define a clear chain of command.

The chain of command informs nurses and other hospital staff of the steps that they should take when there’s an issue that potentially compromises patient safety. For example, if a nurse believes in his or her independent judgment that the patient needs seen by a physician, but the physician refuses the request, then the nurse should invoke the chain of command.

Typically, the chain of command begins with the bedside nurse’s charge nurse. The next step after the charge nurse is often a nursing supervisor, then to the director of nursing, then to a medical department head, and eventually to the medical chief of staff. The individual links in the chain of command may vary from facility to facility, but the important idea for any hospital is to have a clear path for nurses to be able to advocate for appropriate patient care.

Third, it’s crucial that hospitals ensure that nurses are educated and trained on the chain of command, including when and how to use it.

One area where we’ve frequently seen chain of command issues is in the labor and delivery unit. Labor and delivery nurses are trained in how to evaluate pregnant moms, including continuous electronic fetal monitoring.

Fetal monitoring is a technological marvel that allows nurses and obstetricians to obtain real-time feedback on various indicators that are signs of fetal distress. Specifically, studies have shown that metabolic acidemia is a toxic environment for unborn babies that can lead to low oxygen levels and permanent brain injury without appropriate clinical interventions that sometimes include emergency delivery.

Registered nurses are often the first providers to identify concerns from the electronic fetal monitoring, so it’s up to them to communicate their concerns to the physician properly. Nursing communication should include recommendations and a request for orders.

If a nurse recommends that the doctor come into the hospital to evaluate the patient, but the doctor refuses, then it’s time to consider invoking the chain of command to get the patient help.

Similarly, we’ve encountered cases where a mom in active labor has an unborn baby in distress, but the mom’s obstetrician is stuck in traffic or is located too far away from the hospital. A good nurse can step in and advocate for a substitute doctor to see the patient and, if necessary, perform an emergency cesarean delivery of the baby.

Unfortunately, I’ve seen nurses that feel timid about performing their duties of advocacy. I really wish they wouldn’t do that. Nurses are well-trained professionals and have the opportunity to contribute to great health care for their patients. A good nurse will think twice before taking “no” for an answer and won’t shy away from using the chain of command.

If you’ve been seriously injured because of poor nursing or physician care, then contact a top-rated experienced Houston, Texas medical malpractice lawyer for help in evaluating your potential case.