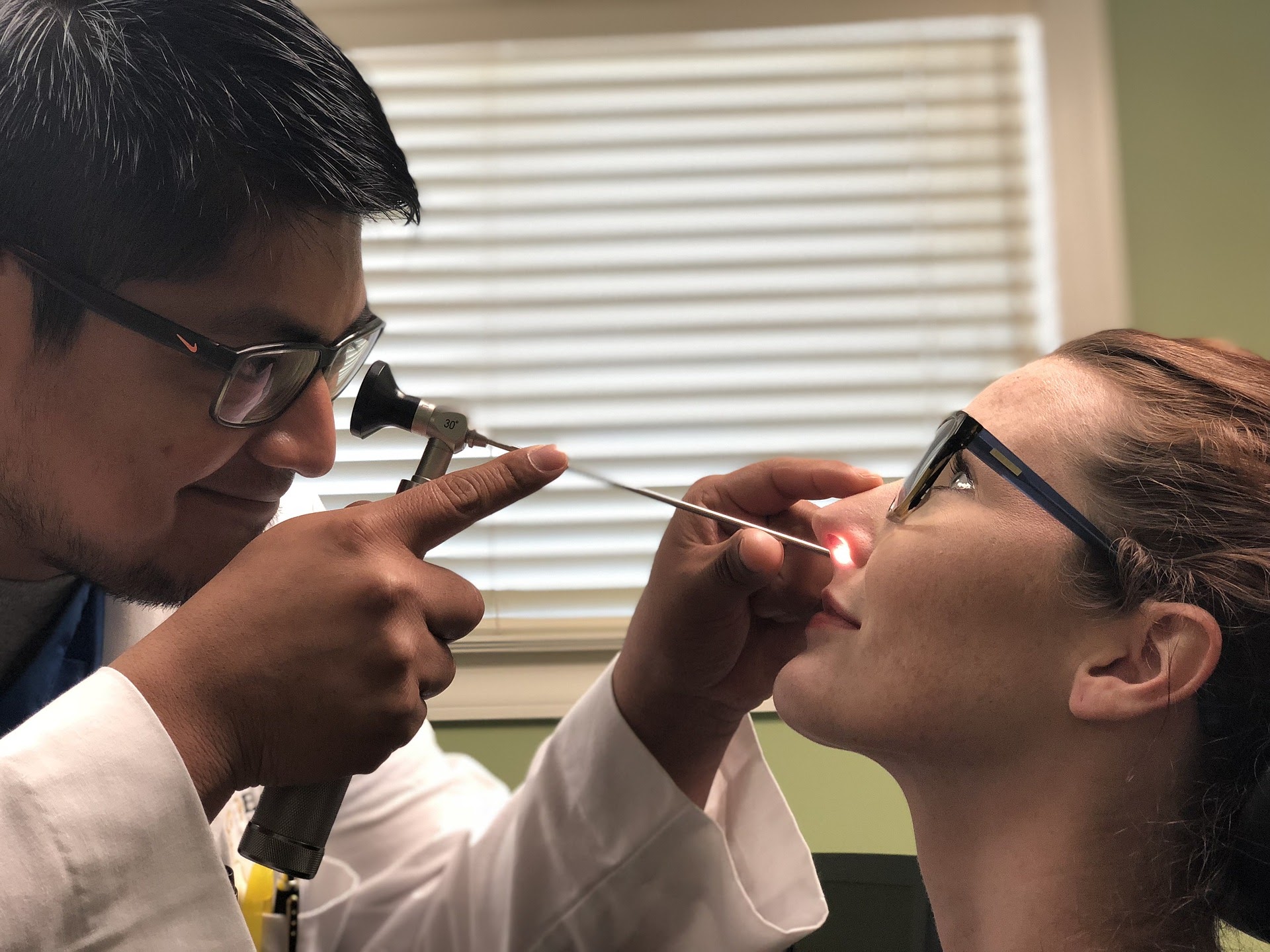 The sinuses are an interconnected set of cavities, or passages, in the skull. They’re lined with mucosal that secrete a layer of mucus. The sinuses have a big role in humidifying and filtering the air that we breathe.

Most people think of the sinuses because of the problems they can cause during a common cold. Sinusitis is a condition where the nose and sinuses are inflamed. We’re probably all familiar with the symptoms, including a stuffy or runny nose, drainage and nasal discharge, stuffy or blocked ears, and sinus pressure. Traveling on an airplane with sinusitis can be particularly painful because of the increased pressure.

Acute sinusitis is often related to a cold or short-term infection. But sinusitis can also be a long-term or chronic condition.

The sinuses and nose are located so close to the brain and have, to a degree, and overlapping blood circulation. This creates a risk of an infection spreading to the brain and means that a lingering sinusitis is something that needs medical attention.

That’s exactly what happened to a teenaged client of ours. She was a star athlete and did well at school. When she got a head cold and sinusitis, she and her parents thought it was just related to being worn down from her intense, packed lifestyle. When it didn’t resolve after a few weeks, this young lady’s parents took her to a hospital.

It wasn’t long until a CT scan revealed that she had a mass the frontal lobe of her brain. A doctor ordered a follow-up MRI scan the provided more clarity. Her sinus infection had spread through shared blood circulation to her brain, where it migrated to the frontal lobe informed and abscess.

Now she was looking at neurosurgery. The neurosurgeon wasn’t too concerned and felt that a simple craniotomy or, or burr hole, would allow drainage of the infected fluid. He felt that she would be back out of the hospital after a brief surgery and a few weeks of intravenous (IV) antibiotics.

While the surgery itself went well, the hospital botched her post-operative nursing care. As often happens with post-brain surgery patients, her serum sodium levels dropped, which is a medical condition called hyponatremia. The nursing staff wasn’t paying attention and didn’t notify the doctor. She almost died because of nursing negligence and was left with a profound brain injury for the rest of her life.

Most doctors treat occasional sinus infections with medications. For some people, sinusitis is a constant way of life. Medical specialists called otorhinolaryngologists (ear, nose, and throat physicians/surgeons or ENTs) offer a surgical solution for this pesky, persistent condition.

The goal of the surgery is to open up the network of sinus cavities and passages to allow free flow of air and remove blockages. There are a variety of things that can block the sinuses, including bony structures, polyps inside the nose, swollen tissue or mucous membranes, tumors, or other growths.

Endoscopic sinus surgery is a complicated procedure that requires careful, meticulous attention by a trained ENT surgeon. Common types of surgical mistakes during sinus surgery include:

• Causing a fracture of the orbital bones, leading to blindness.

• Failing to recognize and treat the known surgical complication of perforating a sinus, causing pneumocephalus, or the dangerous presence of air in the cranial cavity.

If you’ve been seriously injured because of sinus surgery or post-operative care in Texas, then contact an experienced, top-rated and rated Houston, Texas medical malpractice lawyer to discuss your potential case.