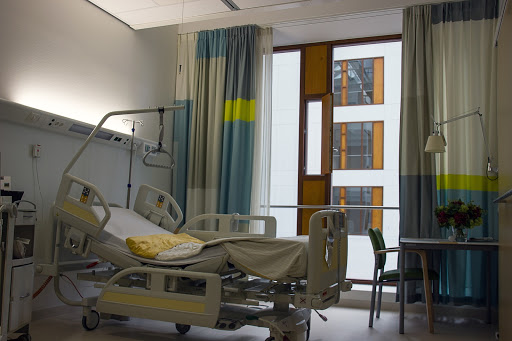 As a Texas medical malpractice lawyer, I have frequently spoken with families about what to do when a doctor tells them that a loved one is brain dead.

Most people faced with this will have a sudden flood of emotions including emotions of grief and shock. On top of that, they have to confront trying to understand brain death and whether their loved one is really brain dead. This is always a topic of discussion when I speak with families going through this type of situation.

It is not surprising that families have a hard time understanding and accepting brain death, because, truth be told, the medical community has not settled on what it means.

The debate over the concept brain death has continued for decades.

In 1968, Harvard Medical School published brain death criteria. By 1981, the Uniform Determination of Death Act was approved by the National Conference of Commissioners on Uniform State Laws, with the intent of providing a comprehensive and medically-sound basis for determining death in all situations.

These efforts did not achieve consensus. Instead, defining brain death is left largely to the discretion of the doctor or institution. This means that at one hospital a patient could be considered “brain dead” and treatment stops, while at a facility across the street a patient would not be declared “brain dead” and care would continue.

It is a really tough situation when families have to deal with the concept of brain death, when it is not even fully understood by the medical community. But, beyond that, there are some special situations that I have seen come up when a hospital conversation turns to brain death.

What if the hospital and doctor seem to be in a hurry?

By far, the most significant risk in accepting the diagnosis of brain death is that the patient might not actually be dead. This is particularly concerning when the person suffered a sudden injury, like a car wreck, head trauma, or other condition that developed quickly.

Perhaps you have seen some articles about such cases in the media.

In 2016, a 22-year-old student was in a terrible car wreck that broke her neck. She was put in a coma and, after 19 days, doctors encouraged her family to disconnect life support. Just before the doctors were about to pull the plug, the patient wiggled her toe. She fought her way back and, even though she has a brain injury, she has recovered to the point that she can now walk and talk.

In 2015, a 14-year-old Iowa girl fell and hit her head hard on the pavement. After six days in a medically-induced coma, a doctor told her parents that “no one comes back from that” and nothing more could be done. The doctors and hospital suggested ending life support and organ donation. As soon as they removed life support, the girl struggled to breathe on her own, so they restarted life support. This young lady is now alive and out of the hospital. She is walking and talking on her own, has returned to school, and is now planning her future career.

Did a sudden injury cause the hospitalization? Are the hospital administrators and doctors suggesting brain death very quickly? Talk with them about giving some more time for healing. It should pose no risk to the patient, but if the patient recovers the upside would mean everything.

What if the healthcare providers are being aggressive?

As a Houston medical malpractice attorney, I have handled cases where doctors and hospitals have aggressively lobbied families to accept the diagnosis of brain death. And by aggressively, I mean to the extent of trying to turn family members against each other in an effort to get someone to consent to stopping life support.

Any time a client tells me that the hospital administrators, doctors, or nurses are being pushy and trying to force the family to accept a diagnosis of brain death, I am suspicious. When investigating such cases, I have consistently found that significant hospital medical malpractice had taken place.

Were economic considerations influencing the health care providers? It is hard to say for sure. What is certain, though, is that Texas tort reform law gives hospitals and doctors a financial incentive if the patient dies, rather than remains alive and needs additional health care. For a deceased patient, the hospital would not be responsible for any future medical care, and there is a $250,000 cap on pain and suffering, and mental anguish. If the patient survives, then the hospital could be held accountable for the future healthcare and treatment required because of the hospital’s mistakes.

I represented clients in one case where a teenager walked into the hospital, only to suffer brain damage because the nurses and doctors were not paying attention to lab work. Almost immediately, a hospital administrator and group of doctors started bullying the family to stop all care. We got the young lady transferred to a different hospital and she partially recovered, to the point that she could talk and even help her little sister with her homework.

If you feel bullied at the hospital, there may be something behind it. Stand your ground and do not be forced into agreeing to the decision that they want you to make. Consider getting legal representation. Call 281-580-8800 for a free consultation with the experienced medical malpractice lawyers at Painter Law Firm.

Science and medicine are constantly advancing. Hopefully, it will not be long until we have technology that will allow a certain diagnosis of brain death.

For now, recent technological advances in medicine have added diagnostic insight in determining brain death. In 1994, a device for anesthesiologists called the BIS monitor (bispectral index) was introduced. One of the major concerns of anesthesiologists is giving the correct amount of anesthetic—enough to bring about unconsciousness and prevent the patient from feeling and perceiving the surgery, but not too much, which could cause complications. This is where the BIS monitor comes in.

The BIS monitor produced a score on a scale of 0 to 100, with 0 being dead and 100 being normal/totally conscious. Anesthesiologists look for a BIS score in the 40 to 60 range, which indicates successful anesthesia.

A Brussels study shows that the BIS monitor can have use outside the realm of anesthesiology. In that study, five patients who were evaluated as “brain dead” were hooked up to a BIS monitor. The results were surprising:

Similarly, organ procurement (transplantation) teams have anecdotally reported that they have canceled organ harvesting procedures because the BIS value was inconsistent with brain death. Although utilization of BIS monitoring is not yet the standard of care for anethesiologists, its use in that application as well as in assessing brain death looks promising.

If you or someone you care for has been harmed by medical malpractice, or you are facing a conversation about brain death and need legal advice, call 281-580-8800 for a complimentary consultation with the Texas medical malpractice lawyers at Painter Law Firm.