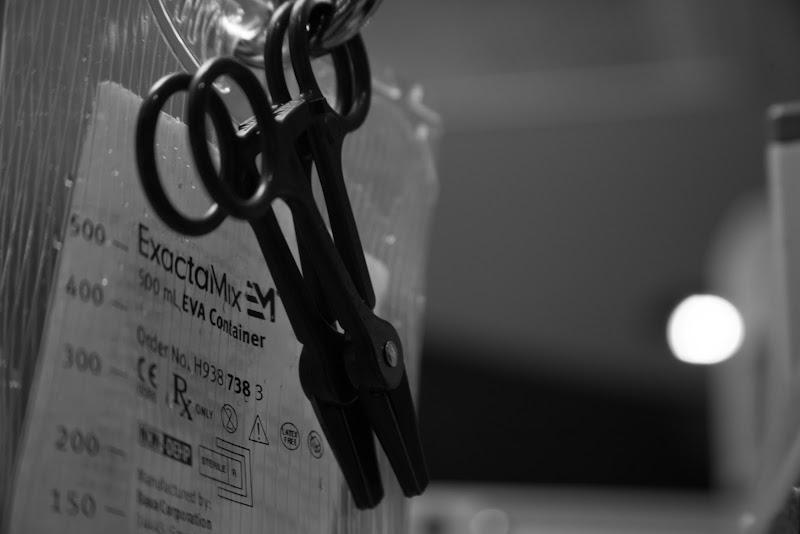 In October 2013, our client, a U.S. Army veteran named Jonathan, saw a True Results commercial about weight loss options, including bariatric surgery, and decided to get more information.

True Results is a trade name used by the Dallas-based American Institute of Gastric Banding, Ltd. True Results does not actually employ bariatric surgeons, but refers patients to surgeons who will use True Results facilities to do their procedures.

When Jonathan went to his first appointment at a True Results office, they gave a glowing recommendation for him to use Dr. Richard Wilkenfeld, in Montgomery County, Texas, for a lap band procedure.

True Results representatives described Dr. Wilkenfeld as one of the fathers of lap band surgery and a pioneer in laparoscopic surgery. True Results gave Jonathan a handout touting Dr. Wilkenfeld’s training and qualifications.

Through litigation, we obtained two versions of Dr. Wilkenfeld’s resume, which shows that True Results’ handout was wrong.

Not currently a professor

Based on what Jonathan had been told about Dr. Wilkenfeld, he chose him to perform lap band surgery at a Houston area True Results facility called Physicians Surgicenter of Houston True Results. Jonathan recalls patients lined up in the waiting area, like an assembly line, going in and out of surgery. His lap band procedure was a day surgery and he was discharged from Physicians Surgicenter the same day.

A short time after Jonathan got home, he developed a fever, nausea, vomiting, and dry heaves. His abdominal pain was so bad that this tough Army veteran described it as 9 out of 10. Jonathan’s wife repeatedly called Dr. Wilkenfeld’s office, but was told that his symptoms were from the procedure itself.

Eight days after the surgery, Jonathan had his first follow-up visit with Dr. Wilkenfeld. Staff ushered Jonathan into a large conference room with other post-surgical patients, where a nurse talked to them as a group for about 20 minutes. He recognized some of the other patients from Physicians Surgicenter. He only saw Dr. Wilkenfeld individually for a minute or two. Jonathan told him about his fever, pain, nausea, and vomiting, but once again Dr. Wilkenfeld concluded it was just pain related to the surgery.

Four days later, Jonathan’s wife called Dr. Wilkenfeld again, and told him that he was still having pain and dry heaves, and that he still had a fever despite regularly taking Tylenol. Dr. Wilkenfeld saw Jonathan in the office and said that everything was fine.

The next day, Jonathan  felt even worse. When his wife called Dr. Wilkenfeld, he told them to go have a CT scan. After the CT scan was done, Dr. Wilkenfeld called Jonathan and said to go to the emergency room Memorial Hermann Southeast Hospital and speak with one of two doctors. Dr. Wilkenfeld was not available because he was on vacation.

A person, not a number: What happened to Jonathan?

To comply with the requirements of Texas law, our Houston surgical error attorneys hired a medical expert to review the case. This Cambridge-trained surgeon concluded that Dr. Wilkenfeld should have ordered a CT scan during Jonathan’s first post-operative visit, eight days after the surgery. If he had done so, he would have found out much earlier that Jonathan had gastric perforation—holes in his stomach—caused by the surgery, and that fluids were leaking into his body, causing a bad infection.

Jonathan needed to be taken back to surgery immediately, but had to endure a whole extra week of the percolating infection, which during that time period advanced to sepsis and caused terrible damage to his body. It is important to treat an infection like this as soon as possible to prevent it from smoldering and spreading.

The medical expert concluded that the multiple additional surgeries, pain, suffering, and physical disfigurement than Jonathan had endured would have all likely been avoided if Dr. Wilkenfeld had taken the time to order the CT scan, diagnose the stomach perforations, and take him back to surgery.

The Texas medical malpractice attorneys at Painter Law Firm are experienced in representing patients and families in bariatric surgical error cases. If you or someone you care about has been injured, or has even died, from a bariatric procedure, call us at 281-580-8800 for a free evaluation of your potential case. We handle these cases on a contingency fee bases, which means you never pay legal fees or expenses unless we recover money for you.