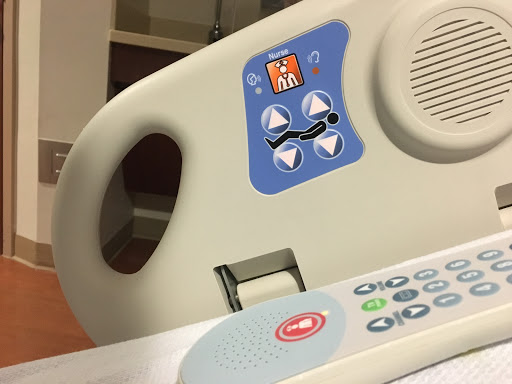 A man in his 60s recently called me to discuss legal representation. He told me that he had been injured in a fall at Kindred Hospital facility located in the Houston area.

Kindred has a number of facilities in Harris County that are transitional care or rehabilitation hospitals. Typically, patients go to a Kindred hospital after they have had a serious surgery at a regular hospital and need rehabilitation and therapy, or just more time to get better.

That is what happened with the man who called me. I will call him George in this article.

George had been in a car accident and had to have spinal surgery on his back, having fusion of his cervical and thoracic vertebrae from C-1 all the way down to T-4. That tells you that he had been in a bad wreck and had a terrible injury. He spent over two weeks at the hospital and then was transferred to Kindred for rehabilitation.

As you can imagine, George was on a lot of powerful painkillers, like oxycodone, for quite a while after his back surgery. His medications made him dizzy, lightheaded, and confused.

When George was admitted to Kindred, he was given a special bracelet that identified him as a fall risk. That means that he needed extra attention and help to prevent him from falling. After all, he had just gone through a painful spinal surgery and was on strong pain medications that made him a bit loopy.

Within 24 hours of being admitted to Kindred, George buzzed and asked a nurse for assistance. The nurse took him to the bathroom and left him there. While the nurse was gone, he fell down and broke the hardware that the spinal surgeon had put in place for his fusion.

Yes, within 24 hours of becoming a patient at Kindred, George was left alone and seriously injured in a fall.

George’s surgeon told him that the only way to fix it is to connect the fusion hardware to his skull. He is in terrible pain now, but if he goes back to surgery he will never be able to bend his head down or look down.

Falls should never happen in a hospital

The Joint Commission is an organization that accredits hospitals, skilled nursing homes, and rehabilitation hospitals. As a part of that process, each year it publishes National Patient Safety Goals.

For 2017, The Joint Commission’s Nursing Care Center National Patient Safety Goal number 9 is to reduce the risk of patient and resident harm resulting from falls.

For years now, The Joint Commission has considered patient falls to be sentinel events. That means it is something very serious that should not have happened in the first place.

Research shows that thousands of patients fall in hospitals each year, with 30-50% of those falls injuring the patient.

Because we are just getting started in our investigation of George’s case, it is impossible to say for sure why his nurse took him to the bathroom and then left the room.

The Joint Commission has identifies two common contributing factors to patient falls that may have had a role in George’s fall.

One possibility is that the nurse was overworked. We will be looking into the staffing levels and patient census. How many patients was that nurse responsible for on the shift when George fell?

Another possibility is that the nurse was not properly trained. It is clear that someone at Kindred knew that George had a risk of falling, because they put a fall risk bracelet on his wrist. But whether Kindred provided this particular nurse with the practical training that she needed to prevent falls is another thing that we will investigate.

If you or a family member has been seriously injured in a fall at a hospital, skilled nursing home, or rehabilitation facility, the experienced medical malpractice lawyers at Painter Law Firm are here to help. Call 281-580-8800 for a free consultation.