One week delay in fixing hole in small intestine leads to a year and a half of internal infections, MRSA, and an open abdominal wound Contact Now

One week delay in fixing hole in small intestine leads to a year and a half of internal infections, MRSA, and an open abdominal wound 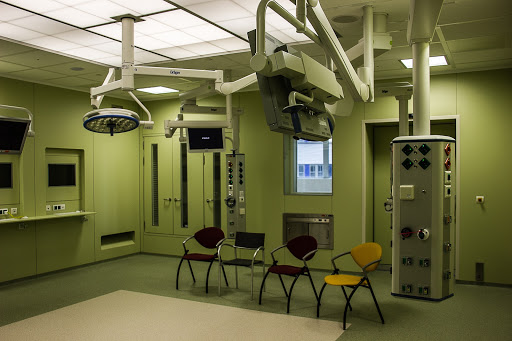 When one day after an abdominal hernia repair surgery, the patient has greenish fluid discharging out of drains that a surgeon put in place, it is not a good sign. What would you think if the surgeons waited a week from the initial surgery to take this person back to the operating room to fix the problem?

That is exactly what Painter Law Firm’s client went through in 2016, is the subject of a lawsuit that we filed this week, styled Greenman v. Charles Aramburo, M.D. and Morgan Norris, M.D., In the 333rd District Court of Harris County, Texas, where Judge Daryl Moore is presiding.

Our client is a woman who had a past history of problems with an abdominal hernia. A general surgeon recommended surgery, and took her to the operating room at Memorial Hermann Southwest Hospital. A plastic surgeon was also involved in parts of the operation. As is standard in many types of surgery, drains were placed to allow drainage of fluid from the wound.

The day after the surgery, the plastic surgeon noticed high output of dark fluids from her drains and that he was concerned about a possible fistula. The next day, the greenish drainage continued, and a critical care doctor expressed concern about a leakage of bile.

Three more days passed, and cultures from the draining fluid revealed infections including Pseudomonas, Klebsiella, and yeast.  The medical records record that she was still draining bile-like fluid.

The next day, the plastic surgeon saw more significant drainage that he thought was likely bile, and that she also probably had a bowel leak. A physician’s assistant saw the patient and wrote about concern for a small bowel fistula (hole) that would need surgery.

Finally, they obtained abdominal and pelvic CT scan, which showed a small bowel obstruction with transition in the left mid-abdomen, a new 2.2 inch irregular density of the CT. The radiologist could not tell what the density was, but felt it was probably a surgical sponge or other foreign body that was left in her body during the surgery, or less likely contrast medium from the CT scan.

Yet another day passed before the general surgeon took this distressed patient back to the operating room at Memorial Hermann Southwest Hospital, where he found a perforation (hole) in her small intestine, and had to remove (resect) part of her small intestine as part of the repair.

By March 7, 2016, Greenman continued to have significant drainage and pain.  Dr. Aramburo finally took her back to surgery for an exploratory laparotomy, during which he identified and repaired a perforation in her small bowel and performed a small bowel resection.

This lady stayed in the hospital for 10 more days, but even after discharge faced a long series of emergency room visits, hospital admissions, and wound care. Her wound continued to get infected and she had to go through multiple courses of different antibiotics. At one point her wound was infected with the scary bacteria Methicillin-resistant staphylococcus aureus (MRSA).

In fact, it took a year and half for her abdominal wound (caused by the original botched surgeries done at Memorial Hermann Southwest Hospital) to actually close—and even then it was only after she had another surgery by a different general surgeon.

When this client hired Painter Law Firm, we followed our standard procedure of collecting all of the relevant medical records and radiology films, and then reviewing them thoroughly in consultation with a medical expert that we retained. Texas law requires that medical malpractice plaintiffs have a written report from one or more medical experts, detailing the standard of care that applies, who the doctor, nurse, or hospital did not meet the standard of care, and how it harmed the patient.

In this case, we hired a respected general surgeon out of New York City. By the way, we typically seek out-of-state medical experts to make sure that their opinions are not influenced by knowing the doctor or hospital whose care is at issue, or out of concern at being shunned by their doctor friends or colleagues.

After reviewing all of the medical records, the expert was critical of the general surgeon and plastic surgeon for delaying the diagnosis and treatment of a small intestinal leak for nearly a week.

The expert said that any time a patient who just went through abdominal surgery starts having increasing wound dark or greenish drainage a day or two after surgery, the standard of care requires the surgeons to order an abdominal CT scan. If the general surgeon and plastic surgeon had done this, the expert said that they would have likely been able to promptly diagnose a hole in the patient’s small bowel, and get her back to surgery quickly.

Any time there is a perforation in the small intestine, the contents leak out into the abdominal cavity, spreading infection-causing bacteria. The longer the patient goes without corrective surgical treatment, the harder it will be to kill the infections and get the surgical site (wound) to heal.

The expert concluded that the delays in diagnosing and treating this patient’s small bowel hole led to her painful year and a half of additional treatments and surgeries to get well. We filed this lawsuit because we agree with the expert that all of this would have likely been avoided if the general surgeon and plastic surgeon had followed the standard of care, rather than letting day after day pass with no treatment.

If you or someone you care for has experienced serious injuries because of poor surgical, medical, nursing, or hospital care, then call 281-580-8800, for a free consultation with an experienced medical malpractice lawyer at Painter Law Firm, in Houston, Texas.

Robert Painter is a Houston medical malpractice attorney at Painter Law Firm PLLC. As a former hospital administrator and lawyer who defended doctors and hospitals early in his career, Robert Painter has the experience and know-how to handle any type of medical, anesthesia, surgical, birth injury, brain injury, or hospital case