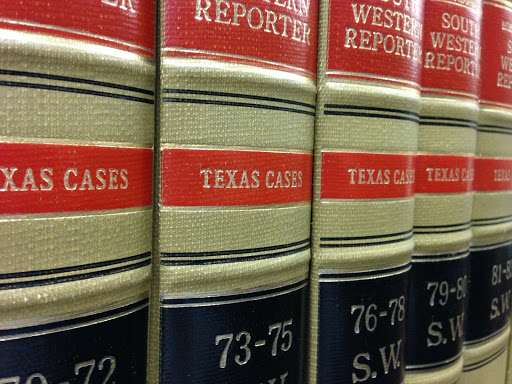 As a Houston, Texas medical malpractice lawyer, I often speak with patients who have been seriously injured at public hospitals in Texas. I always begin these conversations by explaining that I will need to ask a series of unusual questions because a public hospital is involved.

The reason is that a plaintiff cannot sue the government for injuries caused by negligence except under limited circumstances defined by law. In Texas, the statute allowing such suits is called the Tort Claims Act. The law’s special requirements apply to state, county, district, and city hospitals and employees.

It seems that most people who contact Painter Law Firm are aware of the general two-year statute of limitations that applies to negligence claims in Texas.

A statute of limitations operates as a deadline by which a lawsuit must be filed or it is forever barred. While there are some circumstances in which the time may be expanded—like the discovery rule or continuing treatment doctrine—when I evaluate potential new cases, I pay close attention to where we are in relation to the two-year statute of limitations deadline.

When it comes to suing a public hospital in Texas for medical malpractice, though, the statute of limitations can be deceiving. While it is true that the two-year statute of limitations still applies, the Texas Tort Claims Act imposes a thorny notice requirement that, if not followed, can also bar a medical negligence or lawsuit.

Section 101.101 of the Tort Claims Act requires the potential plaintiff provide a governmental entity formal written notice not later than six months after the date of the incident giving rise to the claim, including a description of the incident (including the date and time it took place), as well as the damage or injury claimed.

In my experience, though, if a plaintiff does not follow the formal notice written route, then there will be a lengthy legal battle over whether the public hospital had actual notice of the claim. In most instances, I have found that Texas state courts are unforgiving to plaintiffs who did not provide formal written notice to the government; however, I was pleased to read about a recent case that was decided in favor of the patient.

The Seventh Court of Appeals, based in Amarillo, Texas, entered a November 2017 opinion finding that a medical malpractice lawsuit against Texas Tech University Health Sciences Center could proceed, even though the plaintiff had not provided formal written notice and the hospital claimed that it had no subjective awareness of fault. The case is styled Texas Tech University Health Sciences Center v. Brenda L. Bonewit, Case No. 07-16-00211-cv.

The lawsuit involved a woman who had complications after a hernia surgery performed. During the procedure, a surgeon and surgical resident unintentionally cut her bowel (intestine) twice. Fecal matter then leaked into the patient’s abdomen causing an infection and, six days later, septic shock.

At that point, Dr. John Griswold, the chair of the hospital’s surgical department, took her back to the operating room and found multiple leaks that were causing her serious infection. Dr. Griswold placed a colostomy bag to avoid further contamination and help the healing process. The patient then faced another six surgeries, and a hospitalization 27 days, to correct all of the problems and complications. Unfortunately, the colostomy bag became permanent and she is not been able to return to work.

Texas Tech University Health Sciences Center predictably filed a motion to dismiss the case, based on the patient’s failure to provide formal written notice. The hospital further claimed that it had no actual awareness that anything had gone wrong. The Amarillo Court of Appeals rejected the hospital’s arguments, and decided that Dr. Griswold was the hospital’s agent or representative with the duty to gather facts. The appellate court ruled that, under the circumstances, formal notice was not required because the hospital knew that the patient received some injury.

I believe that the Amarillo court made the correct decision and I am encouraged by it. Time will tell how many other Texas appellate courts will adopt the reasonable logic that was the basis of the opinion.

Even when successfully jumping the notice hurdle for filing a negligence lawsuit against a Texas governmental entity, there are other special provisions that apply.

Second, there are damages limits that apply to negligence lawsuits against Texas governmental entities. Section 101.023 of the Tort Claims Act limits damages to $250,000 per person, and $500,000 per occurrence for bodily injury. Note that this is a different damages cap than the 2003 tort reform non-economic damages cap that applies to all medical negligence cases.

If you or someone you care for has been seriously injured as a result of medical malpractice in Texas, I recommend that you contact an attorney with significant specific experience in handling medical malpractice cases. The attorneys at Painter Law Firm, in Houston, Texas, are well aware of the unique and numerous standards required to successfully pursue a medical negligence case in Texas. For a free consultation about your potential case, call us at 281-580-8000.

Robert Painter is a medical malpractice and wrongful death attorney at Painter Law Firm PLLC, in Houston, Texas. As a former hospital administrator, he focuses his law practice on representing patients and families who are seriously injured as a result of medical negligence by hospitals, doctors, surgeons, anesthesiologist, pharmacists, and other healthcare providers.