Whenever possible, the safest way to protect your medical malpractice claim is to file the lawsuit within two years of the medical negligence Contact Now

The importance of timing in filing a Texas medical malpractice lawsuit

Whenever possible, the safest way to protect your medical malpractice claim is to file the lawsuit within two years of the medical negligence 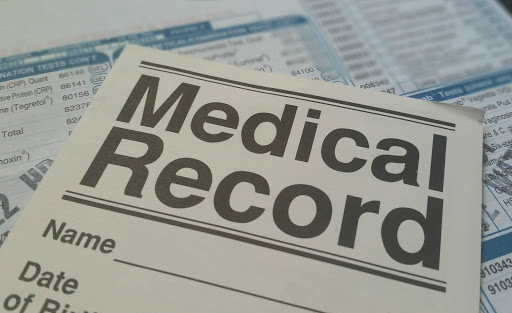 As an attorney, I focus my Houston, Texas based law practice on medical malpractice cases. At Painter Law Firm, we receive calls every day from people who need help after suffering a serious injury from a medical error or mistake.

This week, we have had several people who we have had to turn away because of the length of time that had passed between their injury and when they called us. Almost every week is the same. There can be a variety of reasons why it took them so long to contact a lawyer. In any type of case, time is an important consideration, but this is especially true in medical malpractice cases.

Texas statutes of limitations and repose

A complicating factor with minors is that all of their claims up to the age of 18 are owned by the parents. This includes all medical expenses. Think about, for example, the situation of a baby who sustains a birth injury, like cerebral palsy. The healthcare expenses from birth to age 18 could be a staggering amount. If the medical malpractice case is not filed within the two year statute of limitations, all of those damages would almost certainly be forfeited by the plaintiffs.

Thus, when a plaintiff or an attorney thinks that they have 10 years to file a medical malpractice case on behalf of a minor, they are essentially waiving or forfeiting the right to collect the full measure of damages sustained by the minor. The take-home message is to always keep your eye on the two year statute of limitations.

The discovery rule is usually of little help

The discovery rule refers to tolling, or extending the statute of limitations, for a period of time that the plaintiff was unaware of the injuries caused by negligence.

The legislature and governor made it clear in the 2003 tort reform laws that their intent was to close the discovery rule exception in health care liability claims, like medical malpractice. While Texas courts have not gone along with an absolute bar to applying the discovery rule, they have only left the door slightly ajar.

In the cases where the appellate courts have allowed application of the discovery rule, there were two distinct, and rather unusual, factors present.

First, a reasonable person would have had no way to be aware of any part of the injury. A good example would be when a surgeon leaves a sponge in a patient’s abdomen, but it does not start causing any problems at all until a year after the surgery. Potential clients sometimes say, “I had some pain or other symptoms, but they really didn’t get bad until two or three years later.” The courts have rejected this type of argument, holding that a plaintiff does not need to be aware of all of the symptoms, but rather awareness of some symptoms is sufficient for the statute of limitations to run.

If the plaintiff passes the first factor necessary for the discovery rule, then the second factor that courts look to is the due diligence or speed that the plaintiff uses to file a medical malpractice lawsuit. The safest answer would be the very next day after discovering any abnormal symptom. The courts do not look sympathetically on plaintiffs who wait to file a lawsuit for weeks or months after discovering something is wrong, but instead tend to enforce the two years statute of limitations in such cases.

From a case workup and expense perspective, even if a plaintiff has a good argument on the applicability of the discovery rule, the case would need compelling economic damages in order to be viable. After all, a case filed after the statute of limitations has passed is faced with a virtual guarantee of a year of motions and arguments by the defense lawyers that it should be dismissed as untimely. Combine that uncertain outcome with the realization that the plaintiff still must comply with the costly tort reform expert witness report requirements that will be due long before the limitations issue is resolved by the trial or appellate courts.

We recommend that patients and family members who think that there may have been an injury related to medical malpractice to call an experienced attorney immediately. The experienced medical malpractice lawyers at Painter Law Firm, in Houston, Texas are here to help. Call us at 281-580-8800 for a free consultation about your potential case.

Robert Painter is an attorney at Painter Law Firm PLLC, in Houston, Texas. He represents plaintiffs in medical malpractice and wrongful death lawsuits against hospitals, doctors, surgeons, and other healthcare providers. He is a former hospital administrator and a frequent speaker and writer on topics related to healthcare and medical negligence. He was previously editor-in-chief of The Houston Lawyer magazine and currently served on the editorial board of the Texas Bar Journal.