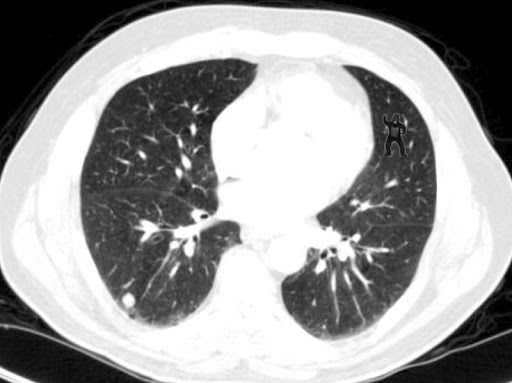 In my law practice as a Houston, Texas medical malpractice lawyer, I take a lot of depositions of doctors and nurses. Depositions are an important part of almost every civil lawsuit.

A deposition is basically a meeting where an attorney can ask a party or witness in the lawsuit questions under oath in front of a court reporter, with all of the other attorneys present. It is typically not done in the courthouse, but rather in an attorney’s office. Each attorney has an opportunity to ask the witness questions. The court reporter prepares a word-for-word transcript of all of the testimony, which is then admissible during trial.

“The worst headache of your life” is something to take seriously

Today I took the deposition of a northeast Houston area emergency room physician who saw my client in a hospital emergency room. The medical experts that I hired to review the medical records believe that the ER doctor was grossly negligent in the way he handled my client’s medical issue.

The first time I met my client, I heard him describe his headache as the “the worst headache in my life.” Sure, he explained, he had experienced headaches before, but they would go away in a few minutes with Excedrin. This one was different. As a former hospital administrator and medical malpractice attorney, those words caused me to stop and take pause.

When someone says that they are having the worst headache in his life, it is often a telltale sign that something serious is wrong—like a stroke, aneurysm rupture, or other cerebrovascular accident is on the horizon.

Three days in a row, this young man went to an emergency room and told the doctors and nurses that he had the worst headache of his life.

On the first day, an emergency physician at a freestanding emergency room clinic order a head CT without contrast. The results were normal, so he discharged the patient.

The next day, the patient went to a nearby hospital ER because the headache had not gone away. A nurse practitioner in the ER was going to order a head CT, until she learned that one had been done the day before. CT scans carry a radiation risk, so the nurse practitioner said that she would not order another scan, but rather get the images from the scan done at the freestanding ER the night before. No one got the records and images, though, and instead they discharged the patient late that night.

By the next morning, he still was not better so he returned to the same hospital ER. He and his wife explained the headache and everything going on to a new group of doctors and nurses. They repeatedly mentioned how the freestanding ER had done a head CT scan two days earlier, and that the ER staff from the night before said that they were getting the images.

According to a neuroradiology expert that I hired to review the CT images, the neuroradiologist failed to make recommendations for advanced imaging studies, like an MRI or MRA, which were indicated, even with the wrong diagnosis.

Sadly, the ER doctor ended up discharging the patient home, for the third day in a row. Only on this day, this man had a massive stroke just a few hours after leaving the hospital.

The medical experts who reviewed this case, at my request, concluded that the ER doctor, a consulting neurologist, and the neuroradiologist were grossly negligence in treating my client. In other words, they were actually aware that the patient had a medical condition that put him in an extreme degree of risk, but proceeded with conscious indifference to the patient’s safety.

As I think about this unfortunate situation, my mind returns to the fact that there was a head CT from an outside facility—a freestanding ER—that was taken two days before the last time that my client went to the hospital emergency department. That CT was completely normal, but the brain CT done two days later was abnormal.

If the neuroradiologist had both CT scans available to compare, then it is very likely that she would have seen the significant change in the two scans, two days apart. According to our medical experts, that would have led to proper treatment and likely avoiding the stroke altogether.

Instead, the off-site neuroradiologist assigned to review the hospital CT was left without a clue that a comparison CT scan existed. The ER doctor knew, but chose not to tell her. The consulting neurologist knew, but said nothing about it.

Any time that you have a diagnostic radiology study done, whether a CT, MRI, MRA, angiogram, or other study, get a copy of it on CD and radiologist’s report before you leave the facility. If you need follow-up care, be sure to bring the CD with you. Make sure that your new doctors know about the study and review the radiology images and report.

If you or someone you can for has been seriously injured as a result of medical malpractice, call Painter Law Firm, in Houston, Texas, at 281-580-8800, for a free consultation about your potential case. We handle medical negligence cases in the Houston area and throughout the State of Texas.

Robert Painter is an attorney who handles medical malpractice and wrongful death lawsuits at Painter Law Firm PLLC, in Houston, Texas. He is a former hospital administrator. In 2017, H Texas magazine recognized him as one of Houston’s top lawyers.