Since August 2011, the Centers for Medicare and Medicaid Services issued 20 violations to Methodist Dallas Medical Center 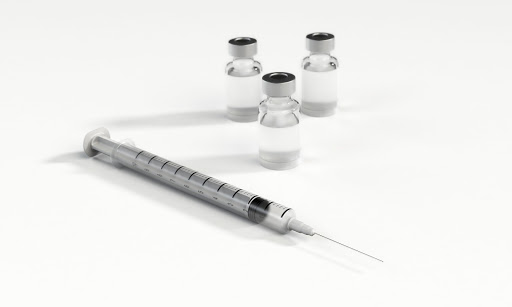 Methodist Dallas Medical Center is located at 1441 N. Beckley Avenue, Dallas, TX 75203. The hospital is part of the nonprofit Methodist Health System, which has multiple locations throughout the Dallas/Fort Worth Metroplex area.

The Centers for Medicare and Medicaid Services has a program to monitor the quality of care and accredited hospitals. The program includes sending surveyors to hospital sites to review medical records and interview staff members. When this deficiencies or sub-standard care are noted, Medicare/Medicaid issues violations to the offending hospital.

Since August 2011, Methodist Dallas Medical Center has received 20 violations from the Centers for Medicare and Medicaid Services for quality of care concerns.

The most recent violation was on May 16, 2017, for failure to implement a discharge plan. The patient at issue had been admitted to the hospital for an acute stroke. The physical therapy department recommended discharge to an inpatient rehabilitation facility. The patient was discharged with a list of places to buy a wheelchair, but discharge planning documentation showed no evidence of any attempts to place the patient in an inpatient rehabilitation facility or skilled nursing facility (SNF), or even an attempt to set up home healthcare.

Considering that Methodist Dallas Medical Center is a certified primary stroke center, this is a surprising incident. The standard of care requires the medical and nursing staff at a hospital to conduct discharge planning to allow a patient’s recovery and healing to continue after discharge from the hospital. Without adequate discharge planning, healthcare providers set the patient up for deterioration and failure.

On August 18, 2014, the hospital received another violation, this time involving patient safety. The patient at issue had received a central venous catheter for dialysis, called a PermCath. This type of catheter is supposed to stay in place permanently to allow access for dialysis treatment. The Medicare/Medicaid surveyor interviewed a nurse, who stated that she did not know that she was not supposed to remove a PermCath before discharge of a patient.

As a former hospital administrator, I hope that the leadership at Methodist Dallas Medical Center used this as a teaching opportunity to train its nursing staff so this type of error is not repeated on future patients.

On July 14, 2014, the hospital received two violations. The first dealt with inadequate registered nurse supervision of nursing care. The patient at issue had undergone a total right shoulder replacement surgery. The surgeon ordered the nursing staff to use incentive spirometry on the patient every hour while he was awake, but the nurses did not comply with the order.

The second violation on this date dealt with not complying with patient rights for notice of a grievance decision. A grievance is basically a patient complaint. The standard of care requires hospital leadership to give a written response to complaints. The Medicare/Medicaid surveyor found that the hospital did not do so on an instance that was reviewed. As a former hospital administrator, I recognize that the patient and family complaint and grievance process is a valuable tool for hospital leaders that are willing to listen.

On November 6, 2012, the hospital received a violation for failing to provide patient care in a safe setting. The factual situation leading to this violation is unfortunate. There was a report alleging physical abuse of an elderly patient, but no occurrence report was filed. The surveyor also found that Methodist Dallas Medical Center did not have a procedure in place for investigating abuse allegations of elderly patients filed against hospital staff, which could, of course, affect patient safety.

On February 7, 2012, the Centers for Medicare and Medicaid Services issued two violations to the hospital. Both violations—one for violating patient rights in informed consent and the other for inadequate registered nurse supervision of nursing care—arose from a bedsore incident. The medical records of the patient at issue reflected that he had an altered mental status and diagnosis of dementia. Since being admitted to the hospital, the healthcare providers had documented that he was at a high risk for development of pressure ulcers/bedsores. He ultimately developed a Stage II bedsore, but the healthcare providers did not tell his spouse. An internal investigation concluded that there was a violation of patient rights, and also found that the family was asked to leave the patient room during wound care, and was not informed about the bedsore.

As a medical malpractice attorney, I have frequently handled cases where a pressure wound or bedsore was not discovered before patient was discharged to home or a nursing facility. Any time a patient has been hospitalized more than a few days, I think it is a good idea to ask the nursing staff or doctors if there have been any skin integrity or bedsore issues before discharge from the hospital.

On August 4, 2011, the Medicare/Medicaid surveyor issued an astounding 21 violations to Methodist Dallas Medical Center for quality of care issues. These numerous violations include failure to maintain an adequate medical record for patients, inadequate medical record services, failure to comply with the Emergency Medical Treatment and Active Labor Act (EMTALA, also known as the anti-patient dumping law), failure the governing body to ensure safe and effective patient care in compliance with state and federal rules, multiple different violation of patient rights, insufficient medical staff bylaws (governing physician conduct in the hospital), lack of written medical orders for drugs, failure to have orders signed and dated, failure to have verbal orders authenticated as required by law, failing to have a medical history and physical examination documented for each patient, failure to ensure informed consent, failure of the governing board of the hospital to ensure adequate emergency services, inadequate emergency services policies and procedures, inadequate coverage by on-call physicians (including OB/GYN and anesthesiologist physicians), and delays in examination or treatment.

If you or a loved one has been seriously injured as a result of poor health care at Methodist Dallas Medical Center, or any other hospital in Texas, call the experienced medical malpractice and wrongful death attorneys at Painter Law Firm, in Houston, Texas, at 281-580-8800, for free consultation about your potential case.

Robert Painter is an attorney at Painter Law Firm PLLC, in Houston, Texas. He represents patients and family members and medical malpractice and wrongful death lawsuits against hospitals, doctors, surgeons, anesthesiologists, and other healthcare providers. In 2017, he was recognized by H Texas magazine as one of Houston’s top lawyers. In the same year, the Better Business Bureau honored Painter Law Firm with its Award of Distinction.