Volvulus is a medical emergency involving twisted intestines, and a delay in treatment can be deadly Contact Now

Volvulus is a medical emergency involving twisted intestines, and a delay in treatment can be deadly 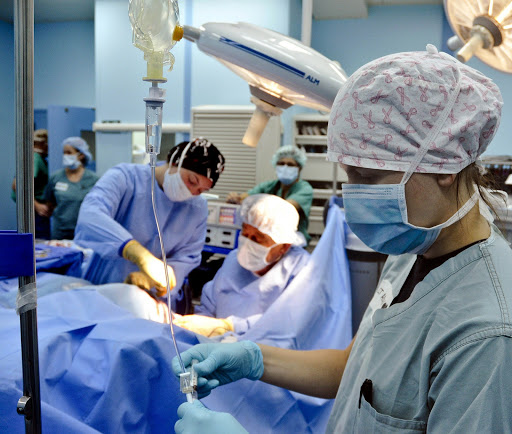 Volvulus is a condition where the small intestines loop or twist around each other. It is an emergency medical condition because it cuts off blood flow to the intestines and causes bowel obstruction. In adults, volvulus occurs more frequently in patients who have had an abdominal, bariatric, or weight loss surgery. This is because of adhesive bands or scarring that forms between organs and tissues, which can contribute to volvulus.

This lady had gastric bypass surgery at a Clear Lake, Texas hospital.

About eight months after her gastric bypass surgery, she started having severe abdominal pain. An ambulance took her to the nearest hospital emergency room in Pasadena, Texas. Upon arrival, she complained of the pain, dry heaving, and vomiting. These types of symptoms should have raised a red flag to the doctors and nurses because patients who have had any type of bariatric weight loss surgery have an increased risk for complications such as volvulus. The standard of care requires surgeons and physicians to consider volvulus when such a patient has these complications.

After waiting about 12 hours, this lady was admitted to the hospital. At that point, she felt the urge to use the bathroom, but when she attempted to do so she instead threw up dark, bad-smelling vomitus.

The next day, a gastroenterologist (GI doctor) concluded that she had a partial obstruction. The doctor wanted to keep her in the hospital to treat her supposed obstruction with medications. The patient lacked confidence in the treatment plan and asked to be transferred to the Clear Lake hospital, where her bariatric surgeon had staff privileges and could see her. The hospital and doctors denied her request.

Over the next few days, her symptoms continued. She kept vomiting even though she was not eating. On examination, her bowel sounds were absent. Eventually, a hospitalist saw her and ordered a consult with a general surgeon. The GI doctor intercepted and canceled the consultation and wanted her to continue under his treatment. By that time, her vomit was nearly black.

After six days in the Pasadena hospital, the hospitalist re-ordered a general surgery consultation. When the surgeon examined her, and learned of the prior history of gastric bypass, he immediately ordered her transferred to the Clear Lake hospital.

At the new hospital, her bariatric surgeon took her to the operating room the next morning. He had suspected that she had a blockage that needed repaired, but was shocked to find volvulus. Her small intestines had flipped, folded, and started to die. The surgeon removed about a foot of dead intestines. After the surgery, he said that she would have probably died within a day or two, if she had not undergone this life-saving surgery.

After this surgery, she faced multiple additional surgeries and treatments for infections.

Now, almost two years later, she still experiences trouble eating and keeping down enough food to make it through the day. She is terribly weak and must wear a diaper because of uncontrollable diarrhea. Of course, with these permanent conditions, she cannot return to work.

As a Houston, Texas medical malpractice attorney, I know that this patient’s medical history, signs, and symptoms should have prompted a quick trip to the operating room. This would have likely led to a repair of her volvulus with minimal complications.

If you or someone you love has been seriously injured by poor surgical, physician, hospital, or nursing care, our experienced medical negligence attorneys can help. Click here to send us a confidential email via our “Contact Us” form or call us at 281-580-8800.

Robert Painter is a medical malpractice attorney at Painter Law Firm PLLC, in Houston, Texas. He is a former hospital administrator who represents patients and family members in medical negligence and wrongful death lawsuits against hospitals, physicians, surgeons, anesthesiologists, and other healthcare providers. A member of the board of directors of the Houston Bar Associates, he was honored, in 2017, by H Texas as one of Houston’s top lawyers. In May 2018, the Better Business Bureau recognized Painter Law Firm PLLC with its Award of Distinction.