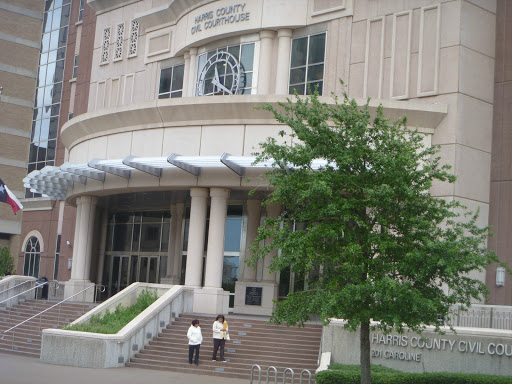 On August 30, 2018, Painter Law Firm filed a medical malpractice and wrongful death lawsuit against two physicians on the medical staff at Houston Methodist Willowbrook Hospital, which is located at 18220 Texas 249 Access Road, Houston, TX 77070. The lawsuit named a colon and rectal surgeon and an anesthesiologist as defendants.

The lawsuit is pending in the 157th District Court of Harris County, Texas, where the Honorable Randy Wilson is the presiding judge.

The health care at issue was provided to a 36-year-old woman who had a 10-day history of upper abdominal pain, nausea, and vomiting. She went to a freestanding emergency room in the Humble area, where a CT scan showed a probable mass in her colon that extended the mesenteric fat.

This patient was admitted to Houston Methodist Willowbrook Hospital on August 29, 2016, exactly two years ago today. Two days later, a gastrointestinal doctor performed a colonoscopy and identified a likely malignant partially obstructing tumor in her transverse colon. A consult was ordered with a colon and rectal surgeon, who planned to take her to surgery, where he planned to resect, or cut out the cancerous tumor.

On September 2, 2016, the colon and rectal surgeon took her to the operating room, where the anesthesiologist, was the anesthesia provider. Pre-surgical imaging showed that the cancerous tumor was up against the mesentery. The mesentery is a tissue fold that attaches the intestines to the abdominal wall. Is a place where fat is stored and is highly vascularized, containing blood vessels and nerves that are crucial to the proper functioning of the gastrointestinal tract.

During the surgery, the colon and rectal surgeon got too close to these blood vessels and actually lacerated a significant vein, the superior mesenteric vein. He called in a vascular surgeon who came in to repair that laceration, and then planned to continue the surgery.

The surgeon paused to allow the anesthesiologist to attempt to resuscitate the patient. Unfortunately, she was not stabilized, so the colon and rectal surgeon and a vascular surgery consultant and decided to terminate the procedure and take her back to surgery another time. Before doing so, though, the surgeon noted that the patient’s intestines were already showing signs of ischemia (diminished blood flow).

She later had to undergo radical surgeries to remove a significant part of her bowels, leaving her with short gut syndrome and acute renal failure, among other conditions.

As part of our evaluation of the healthcare that was provided, we retained medical experts to review the medical records.

Our surgical expert believes that the colon and rectal surgeon was negligent by failing to terminate the resection surgery once he saw that the mesenteric mass tumor was so close to the mesenteric blood supply. In other words, the expert believes that it was impossible for the colon and rectal surgeon to have surgically removed all of the tumor, so he should have stopped the procedure before causing any permanent damage, like perforating the superior mesenteric vein, like he did.

Finally, our medical oncology expert believes that but for the negligence of these two physicians, this patient could have been treated through conventional chemotherapy and would likely have survived. Because of her altered gastrointestinal system, these therapies were unavailable to her.

As a result, the patient died recently, leaving behind a husband and three children.

If you or a loved one has been seriously injured by hospital, nursing, nurse practitioner, physician’s assistant, physician, or anesthesia care, then the experienced medical malpractice attorneys at Painter Law Firm, in Houston, Texas, are here to help. Click here to send us a confidential email via our “Contact Us” form or call us at 281-580-8800.