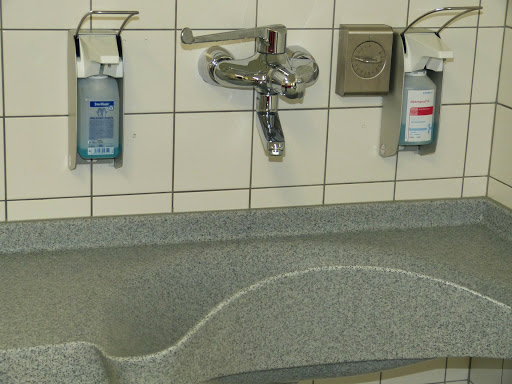 The hospital that has been long-known as Houston Northwest Medical Center recently changed its name to HCA Houston Healthcare Northwest. This 423-bed short-term acute care hospital is now part of the HCA mega-chain of hospitals, which is based in Nashville, Tennessee.

HCA Houston Healthcare Northwest was most recently cited with a violation by the Centers for Medicare and Medicare Services on July 28, 2017, for failing to follow its own grievance policy. As a former hospital administrator, I recognize that patient and family grievances and concerns are an important way that hospital leaders can find out what’s really going on in the front lines.

When complaints and grievances are swept under the rug, instead of investigated and reported on, it can be a sign of poor supervision and leadership at a hospital.

The standard of care and hospital policies require hospital administrators and leaders to take grievances and complaints seriously, including investigating them and getting back to the complaining party. Failure to do so can cause significant problems for hospitals. First, it may convey an arrogant attitude that a hospital is not concerned about patient and family concerns. Second, it deprives the hospital of the opportunity to investigate root causes and learn how to not repeat mistakes that compromise patient safety.

The facts of the complaint that led to this hospital’s most recent Medicare violation are pretty unusual. According to the complaint, the patient was seen in the HCA Houston Healthcare Northwest emergency room and was assigned to a male nurse. The patient asked the nurse to leave her room because she was uncomfortable with males. The male nurse refused to leave and told the patient to get out of her bed because it was needed for another patient.

The patient grievance alleged that a security officer told the patient to “get out of the bed or he would drag her out, hogtie her, and drag her to jail.” According to the patient, she was discharged from the emergency room while still sedated and still having her intravenous (IV) catheter in place.

As it turns out, this hospital is located a few miles from our office. As crazy as it sounds, I vividly remember a patient walking into Painter Law Firm’s office, back in 2006 or 2007, with a similar story and an IV catheter still attached to his arm. I called the hospital risk manager and let her know what was going on.

I also recently had a case at a different hospital where an ER physician got pretty aggressive with the patient and made an insensitive comment that the patient didn’t need to be in the ER. He added that patients with real problems needed that bed in the ER. That doctor ordered the patient discharged from the hospital. Within a few hours, the patient had a massive stroke that changed his life forever.

If you or a loved one has been seriously injured because of poor medical or hospital care, click here to send us a confidential email via our “Contact Us” form or call us at 281-580-8800.

All consultations are free, and, because we only represent clients on a contingency fee, you will owe us nothing unless we win your case. We handle cases in the Houston area and all over Texas. We are currently working on medical malpractice lawsuits in Houston, The Woodlands, Sugar Land, Conroe, Dallas, Austin, San Antonio, Corpus Christi, Beaumont, and Waco.