Cauda equina syndrome and anesthesia complications are different, but both are medical emergencies Contact Now

Cauda equina syndrome and anesthesia complications are different, but both are medical emergencies 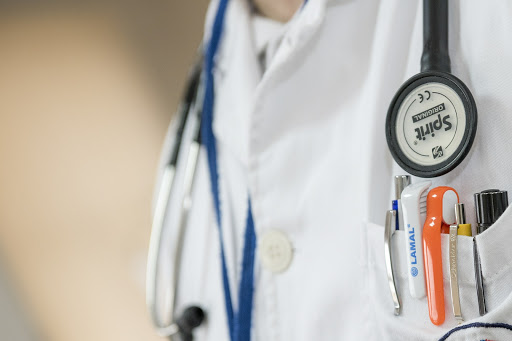 Popular and talented mixed martial artist Angela Magana was in the news recently over some medical conditions and surgical complications that I’ve confronted several times in Texas medical malpractice cases.

It all started with a back injury. I guess it doesn’t surprise me that Angela, an athlete who competed in the Ultimate Fighting Championship, injured her back. I read how she broke her back in 2007 by falling down three stories of stairs; she also survived two car accidents.

The spinal cord actually doesn’t go all the way down your back, but typically ends at the first and second lumbar vertebrae (L1-L2). A bundle of nerve roots known as the cauda equina come out of the bottom of the spinal cord, looking like a horse’s tail, and continue to travel down to take care of the groin area and lower extremities.

Cauda equina syndrome is a dangerous emergency condition where the nerve roots below the spinal cord become compressed. The typical symptoms to look out for are altered or disrupted motor and sensory function to the legs, as well as bowel and bladder issues.

I suspect that Angela developed cauda equina syndrome because of a significant lumbar herniated disc, which is the most common cause of this condition. Of course, there are a variety of other things that can cause cauda equina syndrome, including acute or traumatic lower back injuries, congenital malformations, tumors, or complications after a lumbar injection, spinal anesthesia, or lumbar spine surgery.

I spent the last year working on a case involving a man who had a lumbar surgery at a suburban Houston hospital. While he was still in the hospital, he developed textbook symptoms of cauda equina syndrome that were missed by the surgeon, doctors, and nurses. He experienced numbness from the waist down and loss of bowel and bladder control.

Painter Law Firm retained a spine surgery expert who persuasively testified that our client had cauda equina syndrome and now has permanent loss of function because an epidural hematoma (blood clot) developed and compressed his spinal cord after surgery. Incredibly, he was never returned to surgery to decompress his spinal cord, and the surgeon discharged him from the hospital like nothing was wrong.

Back to Angela Magana’s story.

Once she was diagnosed with cauda equina syndrome, she was taken to emergency surgery.

Before she went into surgery, Angela posted a video of her speaking to an anesthesiologist, saying, “I feel like I’m going to not wake up and die after this.” The anesthesiologist reassured her.

After the surgery was finished, though, she remained in a coma because of anesthesia complications. Shortly after the surgery, her coach said, “She’s in a coma, and we’re waiting to hear some positive news. The problem was anesthesia. It’s very rare that patients react to bad anesthesia, but it does happen, and I guess this is one of those rare cases.”

Angela finally woke up after two days. It’s unclear what happened and caused the delay, but media reports chalk it up to an anesthesia reaction.

In my experience as a Texas medical malpractice lawyer, I have handled lots of cases involving anesthesia errors. I’ve learned that anesthesia is a precise area of medicine that requires careful attention to keep patients safe.

The standard of care requires a pre-anesthesia evaluation to come up with an anesthesia plan that will keep each patient safe. I’ve seen multiple times that providers skate through this important pre-operative assessment and miss medical conditions and other medications that a patient is taking that need special consideration in the choice of anesthetic agent or dosing.

Another common complication that I’ve seen mismanaged by anesthesiologists and certified registered nurse anesthetists (CRNAs) is safely bringing a patient back from the effects of general anesthesia. They call this stage of anesthetic treatment emergence.

For example, I’m working now on a case where a man in his 30s had a shoulder surgery and became combative on emergence. Our anesthesia expert reviewed the records and concluded that this was a sign that he wasn’t breathing properly and the medical and nursing providers should have immediately re-intubated him to secure his airway. Instead, they proceeded to wheel him down to the recovery room before starting to resuscitate him. Sadly, he died.

If you or a loved one has experienced cauda equina syndrome or anesthesia complications, a top-rated experienced Texas medical malpractice attorney can help you investigate your potential case.