Doctors and nurses stabilize patients, sometimes only to overlook clear signs of infection and sepsis after the fact Contact Now

Adding insult to injury: Hospital-acquired injuries after a car wreck or blunt trauma

Doctors and nurses stabilize patients, sometimes only to overlook clear signs of infection and sepsis after the fact 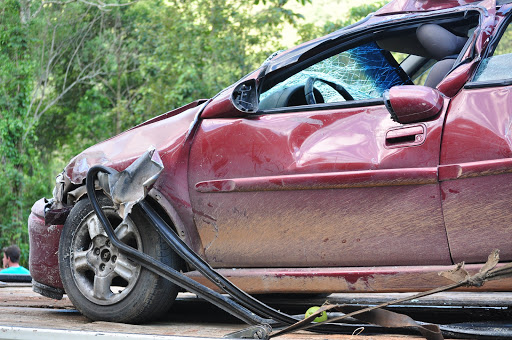 Almost two decades ago, I handled a medical malpractice case involving a teenager who was in a high-speed car wreck on NASA Road 1, in the Clear Lake area of Houston. He was seriously injured when he was ejected through the passenger-side window when he and a friend crashed into a parked car.

It was amazing that he survived the wreck. An ambulance took him to a nearby hospital emergency room, where the doctors had to do a head-to-toe assessment to figure out all the blunt-trauma injuries he had developed. Sadly, he ended up having an aortic dissection—a tear in his aorta—that left him paralyzed from the mid-chest down.

A blunt trauma injury happens when a body is slammed against something. The most common causes are car wrecks, pedestrian accidents, falls, and sports injuries. Patients being seen in a hospital for blunt trauma injuries can be a challenge for physicians, physician’s assistants, and nurse practitioners who like to run quickly through the diagnostic process and jump to the first conclusion that hits them in the face.

In some cases, providers correctly diagnose and treat the initial blunt trauma injuries, but ignore other problems that come up during the hospitalization. As it turns out, hospitals are pretty dangerous places: so risky, in fact, that there’s a special term used for new injuries that patients develop while they’re being treated in a hospital. These hospital-acquired injuries are called iatrogenic injuries.

In my experience as a Houston, Texas medical malpractice attorney, handling cases all over Texas, patients being treated for blunt trauma injuries are at particular risk for iatrogenic injuries.

Blunt trauma patients are often hospitalized for several days or even weeks, and physicians and nurses start to think of them as the car wreck guy, the boy who got banged up in a football game, or the lady who had a fall. Healthcare providers sometimes yield to this dangerous mental shortcut, skip thorough patient assessments, and ignore critical lab results that show something dangerous is going on.

I’m working on a case now in Beaumont, Texas, where a man survived a car wreck and was admitted to a local hospital. Fortunately, he didn’t have any life-threatening injuries. The emergency room and trauma team initially did a nice job of taking care of him. Over a few days, he stabilized and they started weaning him off medications.

Then he spiked a fever. A doctor ordered lab work for two lactate levels, probably part of the hospital’s preventing sepsis policy. They came back critically high. The next day, the patient’s fever was even worse. Yet, the trauma surgeons managing his care in the intensive care unit (ICU) ignored these concerning developments.

Our critical care medical expert reviewed the records and said the doctors should’ve recognized that this man had developed an infection, ordered cultures to figure out what organism was causing it, and started him on broad-spectrum antibiotics that would cover all kinds of bacteria (both gram-positive and gram-negative strains). The doctors didn’t do any of that.

The next day, the patient’s respiratory status deteriorated. One of the doctors even noted that he had the dangerous condition Adult Respiratory Distress Syndrome (ARDS). Despite the fact that this man had the textbook signs of the clinical diagnosis of sepsis, his physicians never recognized his infection, never ordered a culture, and never started him on appropriate antibiotics. Sepsis, by the way, is a life-threatening inflammatory process that develops once serious infections set in, and can cause multi-organ system failure and death.

Sadly, the man died without ever being treated for his hospital-acquired sepsis. It’s little wonder that this happened, though, after the poor care he received. As part of the autopsy, a doctor finally ordered a culture, which revealed that the man had an infection caused by Serratia marcescens.

Serratia marcescens is a type of bacteria that’s been linked to hospital intensive care units. Patients who’ve had central catheter lines placed or who’ve been intubated (had breathing tubes placed) are at a particularly high risk. In my client’s case, her husband had both, but the doctors still overlooked the possibility of a Serratia marcescens infection or, in fact, any infection at all.

Based on pro-hospital Texas laws that keep many internal hospital documents privileged and under lock and key, it’s tough to prove that a hospital was negligent in not properly cleaning and sanitizing ICU rooms, operating rooms (ORs), equipment, and supplies. Similarly, it’s difficult to show that a physician or nurse was at fault for causing the infection, because they’ll never document that in the medical records or admit to it.

On the other hand, one of the best top-rated Houston, Texas medical malpractice attorneys can investigate whether doctors and nurses missed signs of an infection of Serratia marcescens or other bacteria, leading to delayed diagnosis, treatment, and serious injuries or death.

At Painter Law Firm, we’re working hard on behalf of my client, the wife of this 40-something man who would’ve likely fully recovered from the car wreck injuries that brought him to the hospital. Instead, he died from hospital-acquired injuries, including the failure to treat his hospital-acquired Serratia marcescens infection. We’ll be filing her medical malpractice wrongful death lawsuit in Jefferson County, Texas soon.