If you you have to ask whether the Texas tort reform protections for hospitals and doctors apply to your potential claim, there's a good chance the answer is yes Contact Now

If you you have to ask whether the Texas tort reform protections for hospitals and doctors apply to your potential claim, there's a good chance the answer is yes 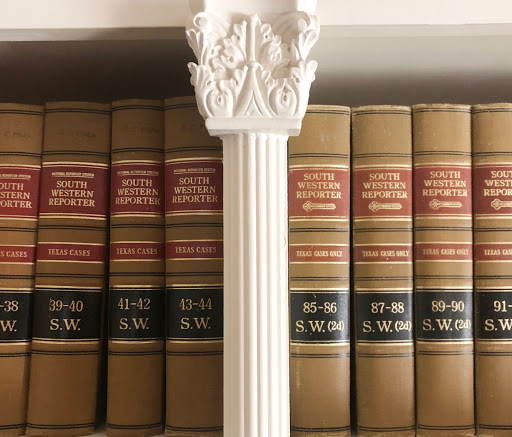 There’s not a week that goes by when at least a handful of attorneys don’t contact me to pick my brain about a medical malpractice case. One of the most common types of questions starts like this, “Do you think Chapter 74 applies to . . .?”

That’s a reference to the dreaded, patient-harming tort reform statute that’s found at Texas Civil Practice & Remedies Code Chapter 74. Here’s a summary of the low points of the many maladies of Chapter 74, which apply to medical malpractice and health care liability claims:

• Plaintiffs must send a notice of claim to defendants at least 60 days before filing suit.

• The notice of claim must include a special medical authorization detailing five years of any hospitals and doctors where the patient was treated.

• 120 days after each defendant files an answer, Plaintiffs are required to serve a written expert report, along with the expert’s resume or curriculum vitae.

• Plaintiffs often have to put up with frivolous challenges by defendants, who can file objections to the sufficiency or adequacy of expert reports within 21 days of receipt.

• If the trial court makes a final ruling that a plaintiff’s Chapter 74 experts don’t meet the required standard, it must grant a motion to dismiss—and order the plaintiff to pay the defendant’s attorney’s fees. Talk about adding insult to injury!

• The law puts the cart before the horse because there’s a discovery stay in place while all this is going on. The Chapter 74 tort reform law only allows use of the legal discovery process to obtain medical records. No depositions, no requests for hospital policies and procedures, or other key documents are allowed under the discovery stay.

I tell the lawyers who call me for advice that doctors, hospitals, and their powerful lobbyists have taken extreme arguments that virtually anything is a health care liability claim. I kid you not, a Fort Worth doctor claimed it was a health care liability claim, and that Chapter 74 requirements applied, when he was sued for causing a car wreck by not keeping his cows on his property.

By the way, the appellate court rightfully shot down the doctor’s cow argument. But cases continue to be decided in a way that expands the limits of health care liability claims.

For instance, on April 26, 2019, the Texas Supreme Court released an opinion which held that a lawsuit based on forged medical records is a health care liability claim. This, in turn, means that under the unique tort reform requirements of Texas law, the plaintiff had 120 days from the date the defendant filed an answer to serve a medical expert report saying that the nursing staff shouldn’t have forged medical records.

The facts of the case are interesting. The plaintiff (who was not a patient at the hospital ) was indicted for aggravated assault by using or exhibiting a deadly weapon during the commission of a crime. He sued Baylor Scott and White, Hillcrest Medical Center for intentional infliction of emotional distress, alleging he wouldn’t have been indicted if the nurse who examined the patient (the victim of the alleged crime) hadn’t fraudulently recorded in the medical record that the patient’s injury was a “point-blank” “gunshot wound” to the head.

As an experienced Houston, Texas medical malpractice lawyer, I find the next things that happened in the trial court to be downright bizarre. As discussed earlier, a plaintiff has 120 days after a defendant files an answer to produce a medical expert report. The hospital filed a motion to dismiss before the 120-day deadline, in an apparent effort to give the plaintiff a “heads up” or alert him to this potentially fatal problem.

The plaintiff chose not to take the opportunity to file an expert report, even after being alerted to the issue, but instead took the position that the lawsuit wasn’t a health care liability claim. The trial court did what I’d say would happen 99.9% of the time—granted the hospital’s motion to dismiss and ordered the plaintiff to pay the hospital’s attorney’s fees.

What came next, though, was a surprise. The plaintiff appealed the trial court’s decision, and the appellate court ruled that, “claims involving alteration and fabrication of medical records are not healthcare liability claims and, therefore, do not trigger the expert report requirement of Section 74.351.” The court noted that there was a split among intermediate Texas appellate courts on this point, basically inviting the Texas Supreme Court to step in and clear things up statewide.

In its opinion, the Texas Supreme Court discussed that it makes a de novo analysis of whether a claim is a health care liability claim and doesn’t rely on how the plaintiff labels the claim. In this case, the plaintiff sometimes referred to his claim as one for intentional infliction of mental distress, and at others claimed it was one for fraud.

The Texas Supreme Court then analyzed the plaintiff’s “cause of action” in his lawsuit. A cause of action refers to the “fact or facts entitling one to institute and maintain an action, which must be alleged and proved in order to obtain relief.” The court considered whether the plaintiff’s complaint is a “claimed departure from accepted standards of medical care, or health care, or safety or professional or administrative services directly related to health care.”

Again, focusing on the language of the Chapter 74 tort reform statute, the court concluded that the plaintiff’s medical record falsification claim is basically an allegation that a nurse violated the standard of care (committed medical malpractice) of “professional or administrative services directly related to health care.”

In issuing this opinion, the Texas Supreme Court decided that any allegation that a doctor, nurse, or administrator altered or fabricated a medical record is a health care liability claim. This means that a plaintiff must timely meet Chapter 74’s expert report requirements or face dismissal.

I’m not surprised by this ruling, but I think it does show the absurd situations that the Texas legislature’s tort reform law can create. In a case where a plaintiff knows 100% that her medical record was altered, changed, or fabricated, she has to come up with enough evidence to convince a medical expert to write a report. This has to be done with the plaintiff’s hands tied behind her back because the tort reform statute doesn’t allow depositions or discovery until the expert reports are done. In my view, it’s a nonsensical and backward-facing law.

With that said, an experienced Texas medical malpractice attorney knows how to avoid these traps and protect a client’s claims from dismissal. When picking a lawyer for a medical malpractice case, I recommend that patients and family members look for significant specific experience in this complex area of the law.