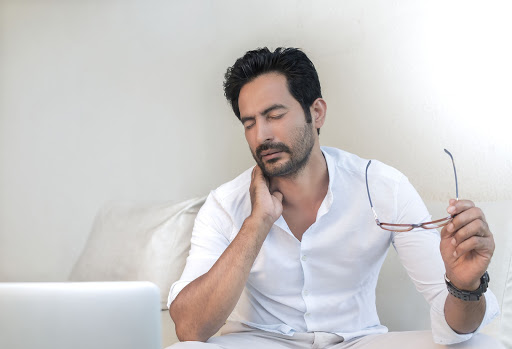 In my career as a Houston, Texas medical malpractice attorney, I’ve investigated a number of chiropractic malpractice cases.

While many people seem to benefit from chiropractic care, there’s a particular risk at play when a chiropractor manipulates a patient’s neck. Vertebral arteries run vertically along both sides of the back of the neck in the same area that a chiropractor adjusts. If the chiropractor’s technique is off just a bit, it can tear one of these blood vessels and cause a devastating stroke.

That’s what happened to a model in her 30s who went to a chiropractor to get her neck adjusted. Within a few days, she died at the hospital. The autopsy report concluded that neck manipulation tore one of her arteries, cutting off blood flow to her brain.

To put this risk into perspective, the vertebral arteries can be injured even in less forceful situations than a chiropractic adjustment.

An Oklahoma man in his 20s was recently in the news because of a stroke that happened when he popped his neck. As soon as he popped his neck, everything on his left side went numb. When he got up to go get an ice pack, he couldn’t even walk straight. These are classic ischemic stroke symptoms.

His doctor explained it could’ve been a lot worse. If there had been more clotting at the side of the vertebral artery tear, he could’ve ended up with a life-ending stroke. Instead, he survived, but was left with vision problems for a few days and still has difficulty walking. His doctor was quoted as saying, “If you want to pop your neck, just kind of pop it side to side. Don’t twist it. Whenever you twist it, there is a risk of tearing that vessel.”

In another unusual case, an Instagram yoga star was in the news recently because of the stroke she experienced when doing a difficult yoga pose. She wrote on Instagram, “I have an awful headache, I had some strange visual issues and felt a lot of pain in my neck and head. I tried to put my hair in a ponytail and my left arm was numb. I physically could not get my brain to tell my arm what I wanted to do.” Again, these are frightening, textbook stroke symptoms that in her case were caused by tearing a vertebral artery and causing a clot to break loose and travel to her brain.

If you’ve been seriously injured because of chiropractic care, one of Houston’s best, top rated medical malpractice lawyers can help you investigate your potential case.