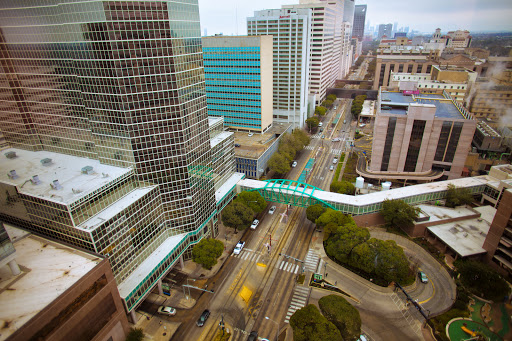 Cancer patients from all over the world travel to Houston for treatment at The University of Texas MD Anderson Cancer Center. Most of them don’t realize that MD Anderson and its physicians can’t be held legally responsible for most types of negligence under Texas law.

It’s all because of ancient common law concepts called sovereign immunity and official immunity, which prevent people from suing the government or government officials for negligence. These doctrines apply not only to MD Anderson, but also to other public hospitals and healthcare providers who are government employees.

Under Texas law, the Tort Claims Act, which is codified at Texas Civil Practice & Remedies Code Section 101.021, defines very limited carve-outs that allow negligence or personal injury suits. The one that most often applies in a healthcare or medical malpractice situation is injuries “caused by a condition or use of tangible personal or real property.”

It’s not just where you think

The Tort Claims Act applies in places you might not expect. It’s a no-brainer at hospitals like MD Anderson or University of Texas Southwestern Medical Center in Dallas.

On the other hand, government employees can show up at surprising places.

Some non-governmental hospitals in Houston’s Texas Medical Center, like Memorial Hermann Hospital or Children’s Memorial Hermann, have University of Texas (UT) Health Sciences Center physician faculty members serving other medical staff. This means that the Tort Claims Act applies to and protects doctors that are part of the UT or any governmental system who see patients at private hospitals.

Similarly, UT physician faculty members may see patients at a “UT Physicians” office or at their own private office, but in either situation UT usually argues that their care is still covered by the Tort Claims Act.

What is and isn’t tangible personal property?

The classic example I give to my clients is misuse of a scalpel. If a government-employed surgeon misuses a scalpel and accidentally cuts an artery instead of tissue, then it’s a classic case under the Tort Claims Act involving the use of tangible personal property.

On the other hand, many common types of negligence don’t involve the use of tangible personal property, meaning that even a severely injured patient has no legal recourse against the government. For example, let’s say a government-employed emergency room physician fails to order a brain CT scan for someone with clear signs of stroke or makes the wrong diagnosis and discharges a patient. Neither decision involves the use or condition of tangible personal property, so there’s no waiver of immunity under the Tort Claims Act—the plaintiff can’t successfully bring a medical malpractice lawsuit. The same would be true if a radiologist blatantly misinterpreted an MRI or CT scan.

Get out your microscope

A recent opinion from Houston’s First Court of Appeals shows that it’s not enough that tangible personal property was involved. The facts of what happened are of crucial important, requiring a detailed, almost microscopic study by an experienced medical malpractice lawyer. The case is styled The University of Texas MD Anderson Cancer Center v. Roger Contreras, No. 01-18-01046-CV, on appeal from the 152nd District Court of Harris County, Texas. You can read the opinion here.

In this case, an MD Anderson patient was injured in a fall after having knee replacement surgery at the hospital. According to the trial court petition, an MD Anderson nurse took the patient to the hospital barbershop, using a walker and a rolling IV pole. The nurse left him with the barber for a haircut and told him to use his IV pole as a mobility device when needed to move around. When the man attempted to use the pole, he fell and was injured.

UT MD Anderson filed a plea to the jurisdiction, arguing that the plaintiff’s allegations didn’t fall within the Tort Claims Act because:

(1) It merely furnished the patient with the IV pole, which the patient, rather than a hospital employee, used.

(2) The plaintiff’s real complaint wasn’t the use or condition of the IV pole, but rather that the hospital should have given him a different mobility-assistance device, like a walker. Thus, it’s really an argument of non-use.

The trial court denied the motion and UT MD Anderson appealed the decision.

The court of appeals reversed the trial court, noting that the plaintiff didn’t allege that the IV pole was defective. The appellate court also relied on prior decisions that found that a governmental medical facility does not waive its sovereign immunity by providing, furnishing, or allowing a patient to use tangible personal property.

Importantly, the court reaffirmed the principle that there’s a waiver of sovereign immunity “for use of personal property only when the governmental unit is itself the user.” In other words, it’s not enough that a UT MD Anderson employee gave the patient the mobile IV pole. To trigger the Tort Claims Act, the nurse would have had to have been using the IV pole and causing the injury.

If you’re the unfortunate victim of medical malpractice at a public hospital in Texas, you should immediately contact a top-rated experienced Houston, Texas medical malpractice attorney for help in evaluating your potential claim. The Tort Claims Act not only imposes narrow circumstances for personal injury lawsuits, but also creates strict notice deadlines that arrive much more quickly than the typical two-year statute of limitations.

While there are some steep hurdles to jump, I've been successful in getting The University of Texas and other governmental agencies to resolve cases reasonably by making sure that the I's are dotted and T's are crossed under the Tort Claims Act.