Most maternal pregnancy deaths are avoidable 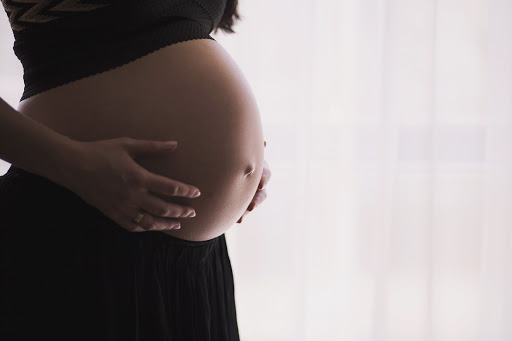 The U.S. Centers for Disease Control & Prevention (CDC) recently released a report that has some sobering news about pregnancy safety in America. Here are the big take-home points:

• Pregnancy-related deaths of mothers in America are on the rise.

• “An American mom today is 50% more likely to die in childbirth than her own mother was,” according to Harvard Medical School OB/GYN physician Dr. Neel Shah.

• The World Health Organization reported that the death rate of mothers during pregnancy dropped by over 40% between 1990 and 2015.

• 3 out of 5 pregnancy-related deaths of mothers are preventable, no matter when they happen.

• Heart disease and stroke recently edged out infections and severe bleeding as the top causes for maternal pregnancy-related deaths, accounting for around one-third of the total.

• Race is a significant factor. African Americans, Native Americans, and natives of Alaska are three times more likely to die before, during, or after having a baby. According to the American College of Obstetricians and Gynecologists (ACOG), being black is the greatest risk factor for this type of death.

It’s not crystal clear why things are moving in this dangerous direction. Public health and OB/GYN experts have been studying these trends, though, and have come up with some answers to the question “Why?” In addition to medical malpractice and physician errors, one potential factor is the rising rate of obesity, which contributes to heart disease, diabetes, and other serious conditions that can impact the safety of pregnancy.

Reducing the risk of maternal death during pregnancy

One prominent obstetrician compared pregnancy to a stress test, which is a common test cardiologists use to assess a patient’s cardiovascular health. During pregnancy, the mom’s heart has an increased workload to handle movement of the extra blood being circulated between the mom and child.

The extra stress on the heart can cause new cardiac problems or reveal defects that had been there all along but hadn’t been noticed. Pregnancy isn’t the only way these latent defects can be exposed. I’ll never forget the sudden death of a guy I grew up with. While he was away at college, he jumped into a cold lake. He didn’t know that he had a heart defect and the shock of the low temperature caused a heart attack.

A mom’s cardiac risk is a factor that an OB/GYN should address during prenatal care. While it’s normal for a mom to have some pain and discomfort during pregnancy, doctors need look out for signs and symptoms that something more serious could be going on. These include:

• Swelling in the legs

Keep in mind that the maternal risk doesn’t end after labor and delivery. ACOG recommends that women return for a comprehensive heart-risk evaluation 12 weeks after delivery. About 40% of women don’t do so, though. Some have said this may be because of payment issues, but I generally disagree with that idea.

From my experience in representing patients and families who’ve had pregnancy complications or loss of a mom, I believe that many OB/GYN and prenatal care providers don’t counsel or inform their patients about the cardiac risks of pregnancy or advise or schedule a post-delivery appointment to look for heart issues.

If you’ve been seriously injured, or are a family member who is grieving from the loss of a mother during pregnancy, then you should contact a top-ranked experienced Texas medical malpractice to help investigate your potential case.