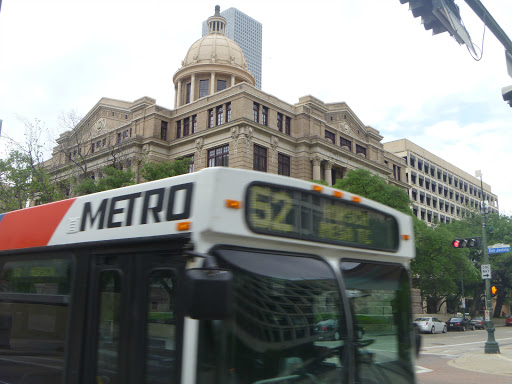 I’m certainly not afraid to file a lawsuit against this hospital when a patient’s serious injury or death is related to this hospital’s negligence. But that’s another story.

From my experience in handling lawsuits involving care at North Cypress Medical Center, I’ve observed that this hospital appears to bill uninsured patients at rates that are higher than the hospital would be paid by private insurance, Medicare, or Medicaid.

All of the suits are pretty much verbatim in form and are filed with the Harris County District Clerk by the same attorney, based in Athens, Texas. The petitions include 15 requests for admission, which, if unanswered, are deemed admitted and will support a default judgment.

Personally, I find this practice disgusting. In my view, it’s literally adding insult to injury. Generally speaking, if the patient doesn’t have insurance coverage, there is a good likelihood that they can’t pay full-freight “chargemaster” rates for hospital care.

Of course, under Texas law, there is nothing stopping the for-profit North Cypress Medical Center from suing its uninsured patients for the payment of medical bills. From court filings, it looks like sometimes patients cough up enough money and settle the hospital lawsuit. Other times, the hospital may get a default judgment and add attorney’s fees into the mix.

Recently, though, an uninsured patient who was treated at North Cypress Medical Center after a slip-and-fall at a Kroger store took a different approach when faced by the hospital’s aggressive billing practices.

When Angeline was treated at the hospital, she signed a contract that promised to “pay the patient’s account at the rates stated in North Cypress’ price list.” She also agreed to assign her right to payment of any settlement arising from her injury to the hospital.

North Cypress Medical Center promptly filed a hospital lien to protect its right to be paid the full charges in its price list. The patient negotiated a settlement with Kroger and asked the hospital to reduce its bill to accommodate all interested parties in the settlement. The patient specifically pointed out that the hospital had charged over $3,000 for an MRI, alleging that the average amount most health insurance companies pay hospitals in Texas is only $400.

Negotiating with healthcare providers is a common practice in personal injury cases. After all, patients have to pay attorney’s fees and expenses to get a settlement. The hospital flat-out refused to accept anything other than the total amount and even threatened to sue both the patient and her attorney.

I was thrilled to read that the patient wasn’t bullied and decided to file a lawsuit of her own, seeking declaratory judgment from a Houston trial court to limit the amount of the hospital lien. This is allowed under Texas Property Code Section 55.004(d)(1), which rejects the idea that charges can be astronomical and instead caps the amount of a hospital lien at the “reasonable and regular rate for the services.”

North Cypress Medical Center apparently didn’t want to be out-maneuvered in court and filed a motion to dismiss under the Texas Citizens Participation Act (TCPA, or anti-SLAPP statute), alleging that because the patient’s declaratory judgment was based on a hospital lien, filing the suit invaded the hospital’s right of free speech and right to petition.

Wow, just wow. The hospital was arguing that the patient violated the hospital’s free speech by asking a court to decide the amount that was illegally owed. This is the same hospital that has sued many uninsured patients, seeking judgments defining what it is legally owed.

I find the whole argument absurd. Apparently so did the trial court. And the Houston First Court of Appeals, which upheld the trial court’s order denying the hospital’s motion to dismiss Angeline’s declaratory judgment lawsuit on this free-speech ground.

If you’ve been seriously injured as a result of healthcare provided it North Cypress Medical Center, a top-rated Houston, Texas medical malpractice attorney can help you evaluate your potential case.