Pressure injuries often lead to infection, sepsis, and even death 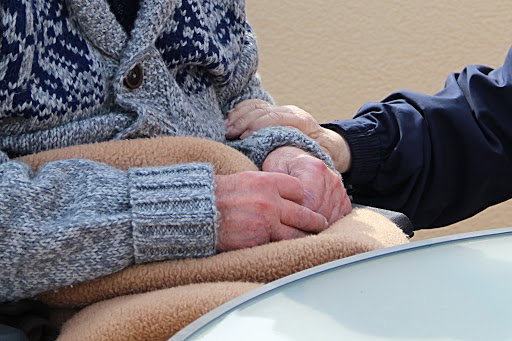 Bedsore. Decubitus ulcer. Pressure sore. No matter what you call it, a pressure injury is a serious medical condition that can lead to infection, sepsis, and even death. Fortunately, though, it can frequently be avoided with proper nursing and physician care.

As a Houston, Texas medical malpractice attorney, I’ve handled numerous investigations and lawsuits over bedsores that patients have developed in hospitals, nursing homes, and rehabilitation centers. In many of those cases, the patients involved had long-term or chronic conditions that kept them admitted to a facility for an extended period of time.

Recently, though, I’ve noticed an uptick in calls to Painter Law Firm from people who had new, sudden, or acute injuries and ended up with terrible bedsores just a short time later. We’re investigating these cases closely because, frankly, it makes no sense why patients who were healthy and walking around independently a few weeks earlier end up with bedsores after a short time in a hospital, nursing home, or rehab center.

For example, we are currently working on a case involving an elderly man who fell and had back surgery. Before that surgery, he was able to get around independently and worked out every day. After the successful back surgery, he developed cellulitis in one of his legs that gave him trouble walking. His physician recommended an admission to a rehabilitation center, to literally get him back on his feet.

He ended up being in the rehab center for about a month. It wasn’t long after his arrival that his family felt his health was taking a turn for the worse, rather than improving. The nursing staff put him in diapers, because he was unable to walk to the bathroom independently, and, because they were short-staff, they couldn’t get to him quickly enough. During visits, his family noticed that his diaper hadn’t been changed for extended periods.

Next, he stopped eating and drinking and started becoming very weak overall. His loved ones also noticed that his mental status had changed. Within two weeks of his admission to the rehabilitation center, this man started complaining of chest pain and shortness of breath. The patient and family asked that he be transferred to a hospital emergency room for evaluation, but the hospitalist physician refused.

Eventually, this gentleman became so weak that he could not continue with physical therapy. After bloodwork and an x-ray were finally done, they discovered that his electrolytes were off balance and he had pneumonia. Incredibly, the rehab center staff again resisted the family requests that he be taken to the emergency room. The hospitalist didn’t even bother to come and see him, but instead sent his physician’s assistant (PA).

Eventually, the family had had enough. They found their loved one in his bed lying in his own waste, unable to speak or swallow, and very confused mentally. They intensely pressed the issue and had him taken to a hospital, where they discovered a massive bedsore on his back, double pneumonia, and a dangerously low potassium level caused by malnutrition.

Fortunately, after this patient got the care that he desperately needed, he started improving. He was left with some permanent impairments, though, including osteoporosis caused by malnutrition and dehydration.

From my experience in handling cases involving care at nursing homes and rehabilitation centers, I have the general opinion that many of them have poor medical and nursing staffing. On the medical side, a hospitalist might be in charge of everyone in the whole facility but only show up once or twice a week. On the nursing side, facilities sometimes don’t hire enough nurses to keep up with the patient load and needs. Both of these factors mean the patient safety is needlessly put at risk and compromised. Dare I say it? In my view, this is because of putting profits ahead of patients and their safety.

If you or a loved one have been seriously injured because of bedsores or overall poor treatment at a nursing home, skilled nursing facility, rehabilitation center, or hospital, then contact an experienced, top-rated Houston, Texas medical malpractice attorney for help in evaluating your potential case.