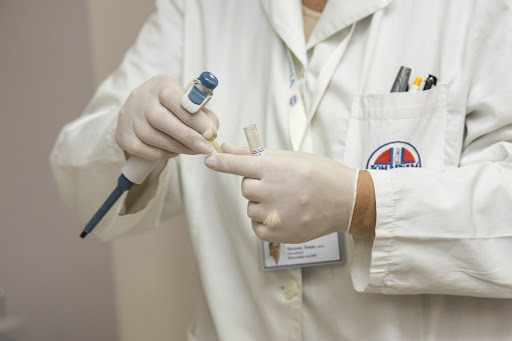 Another hospital in Houston’s Texas Medical Center was recently sanctioned by the federal government over a patient death. This time it was Ben Taub Hospital, the flagship public hospital of the Harris Health System.

According to both state and federal investigations, a patient died because of the failure to communicate critical lab values to appropriate personnel. As a former hospital administrator, I was disappointed, but not surprised, to see that Ben Taub leadership did not self-report this serious violation of the standard of care. Instead, someone filed a complaint that led to the investigations.

Chief Executive Officer (CEO) of Harris Health George Masi explained that the investigation arose after a patient died in the emergency room because of “an ineffective process in patient monitoring and communication of critical lab values.”

The federal Centers for Medicare and Medicare Services notified the hospital that the deficiencies “have been determined to be of such a serious nature as to substantially limit [the] hospital’s capacity to render adequate care.”

As a Houston, Texas medical malpractice attorney, I’ve handled many lawsuits where there was a breakdown in communication of critical lab or radiology findings. A critical value is one that must be immediately reported back to the ordering physician because of the potential need for a life-saving intervention.

Hospital laboratories have preset defined values for each type of lab test. Typical values include critically low, low, within normal reference range, high, and critically high. When a test result comes back critically low or critically high, the standard of care requires lab personnel to make direct contact with a nurse or the physician who ordered the test to inform them of the result. The standard of care also requires lab personnel to document in the patient’s medical record the details of this important notification.

Similarly, if a physician orders a diagnostic radiology study, like an MRI scan, CT scan, or angiogram, that’s interpreted to show a condition requiring prompt or emergency intervention, the standard of care requires the radiologist to notify the ordering physician. This, too, must be documented in the patient’s medical record.

In my experience, critical lab results and radiology findings can fall through the cracks when healthcare providers skip the last important step for patient safety, notification. It's simply too dangerous to rely on automated computer notifications in these situations. Sometimes laboratory or radiology personnel get busy, distracted, or lazy and don’t take the brief time to pick up the phone and keep the patient safe.

Caps and lack of accountability

One such protection is that the hospital can’t be held responsible for many types of clear negligence. The only way it’s potentially liable is if the negligence that caused the patient injury involves the use of tangible personal property. Sadly, the type of medical error that led to this patient’s death is not one where a medical malpractice lawsuit would be allowed under Texas law.

Another barrier to justice when it comes to medical malpractice at Ben Taub is the cap on total damages of $100,000. As is the case with all other hospitals and healthcare providers in Texas, when plaintiffs sue Ben Taub Hospital, they must hire at least one medical expert to prepare a written opinion detailing how the hospital didn’t meet the standard of care. These medical experts are often extremely expensive, which usually means it just doesn’t make business sense for an attorney or plaintiff to pursue a case against a county hospital like Ben Taub.

When laws stand in the way of transparency and accountability, it’s not hard to figure out why the quality of care that many public hospitals provide is going down the tubes.