Prompt diagnosis and treatment are key to patient safety 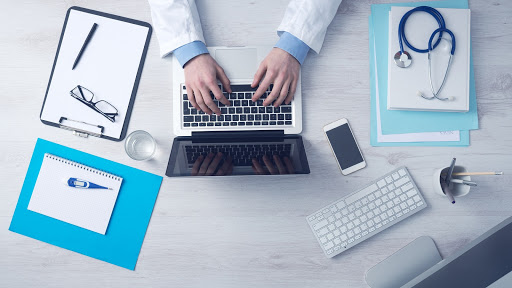 Chiari malformation is a medical condition where the cerebellum (the back part of the brain) crowds and pushes out the bottom of the skull to the area where the spinal cord is normally located. Basically, the back of the brain squeezes out and presses the spinal cord in a critical area where spinal nerves emerge, cranial nerves are close by, and important physiological functions are controlled.

Chiari I malformation involves herniation of the cerebellar tonsils only. It’s largely identified by how far the brain pushes or sags down, as seen on a head/brain MRI. Oftentimes an MRI will also show fluid entering the center of the spinal cord. This type of collection of cerebrospinal fluid (CSF) is called a syrinx.

Neurosurgery experts think there are around two to three million people with a Chiari condition in the United States. That number isn’t exact, though, because many people don’t have any symptoms—they’re instead diagnosed by an incidental finding on a head MRI done for some other reason.

Many of the symptoms are non-specific, which means that physicians need to give careful attention to making a proper diagnosis.

By far, the most common symptom of a Chiari syndrome is headache, followed by neck and shoulder pain. Other symptoms include cranial nerve dysfunction, difficulty swallowing, voice changes, sleep apnea, and sensory disturbances in the extremities. In pediatric patients, symptoms include apnea, feeding problems, scoliosis, and congenital abnormalities.

Experts believe that Chiari symptoms are potentially caused by compression of the brain and its coverings (meninges), a blockage of cerebrospinal (CSF) movement, and related pathologies, including syrinx, hydrocephalus, and inflammation.

Medical experts rely on a head/brain MRI to diagnose a Chiari malformation.

The classic anatomic diagnosis is done by looking at the shape of the back of the brain at the base of the skull. Clinicians and neuroradiologists look for two characteristics:

• One or both tonsils > 5 mm below the level of the skull (foramen magnum, which is the opening in the back bottom of the skull where the brain connects the spinal cord); and

• Bilateral cerebellar tonsil herniation > 3 mm with syrinx. Herniation is where part of the brain squeezes through the foramen magnum.

There are other considerations, including:

• How compressed or tight are the fluid spaces?

• Are the tonsils rounded (normal) or tapered (abnormal)?

• What does the CSF space and flow look like? Normally, there’s continuity of CSF flow around the entire brain, but in a Chiari malformation there may be a disruption.

There are a variety of treatments that neurosurgeons consider when it comes to treating the compression caused by Chiari I malformation at the back of the skull. The goal for each of the following treatment options is to loosen or eliminate compression and open up the fluid spaces:

• Dural enlargement (opening the covering of the brain to free up the sac to allow more room, often accompanying by sewing in a patch [duraplasty] to make it larger)

When a surgeon shouldn’t start with treating a Chiari malformation

• The potential causes of crowding and compression.

• Pushing forces from above that push the brain down, like hydrocephalus, cysts, solid masses, impulses of fluid.

• Pulling forces from below that pull the brain down, like a spinal fluid leak.

• There can be compression caused by small cranial anatomy.

Any type of Chiari malformation can block the normal flow of CSF in the brain. In some cases, it can lead to hydrocephalus, a medical condition where there is an abnormal buildup of CSF in the brain. Fluid builds up in the ventricles of the brain and pushes the bottom of the cerebellum down into the spinal canal. That causes compression of the spinal cord and can be life-threatening if not treated properly and timely.

Many medical experts believe that it would be a mistake and medical negligence to take a patient to surgery to decompress a Chiari malformation without first addressing hydrocephalus. This could be devastating because hydrocephalus acts to push the brain downward. Opening up additional space would allow the brain to sink even more, causing additional spinal cord decompression.

Typically, surgeons treat hydrocephalus by placing a shunt system. A shunt is a flexible plastic tube that drains or removes extra CSF in the brain and moves it to a location away from the brain and spinal cord. The other end of the shunt may be placed in a heart chamber or near the lung, where it can be absorbed by the body.

Of course, it’s also medical malpractice when a patient isn’t promptly taken to surgery to correct hydrocephalus. I’m currently working a case out of Temple, Texas where that’s the exact issue. A brain MRI showed hydrocephalus, but the doctors were slow in ordering a consultation with the neurosurgeon. The patient’s brain ended up pushing down through the back the skull (herniating) and compressing the spinal cord, causing a permanent brain injury.

Getting the help you need

If you or a loved one has been seriously injured because of neurosurgical, surgical, or hospital mistakes, a top-rated experienced Houston, Texas medical malpractice attorney can help you evaluate your potential case.