What do newborn Apgar scores mean when it comes to cerebral palsy and brain or birth injury? 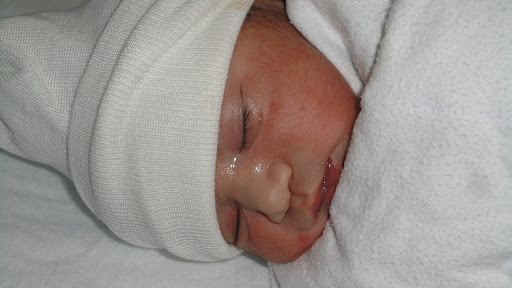 Apgar scoring is a universally-accepted standardized test for newborn health that’s been around since the 1950s.

Virtually every hospital in the United States performs an Apgar score on every baby that’s born. Apgar tests are designed to provide useful information to OB/GYN physicians and labor and delivery nurses shortly after a birth that can be used to decide whether life-saving interventions are necessary to help the baby with their breathing or heart function.

What is an Apgar score?

Apgar scores are calculated by assigning a score of 0-2 (with 2 being the best) for each of the following categories to assess a newborn’s health:

• A for appearance and complexion/skin color

• G for grimace/irritability and reflexes

• R for respiratory (quality of breathing effort and rate)

Apgar scores are performed and documented at 1 minute and 5 minutes after birth. Apgar scores can range from 0-10, with 10 being the best possible score for a baby.

What do Apgar scores mean?

The higher an Apgar score on a scale of 1-10, the better the healthcare providers think the baby is doing after birth.

Normal:  A score of 7-10 is normal. Although 10 is the best possible score, it’s actually a bit unusual because it’s normal for many babies to have a bluish tint to their hands and feet shortly after birth.

Abnormal: A score of less than 7 is considered abnormal, reflecting the healthcare providers’ view that the baby needs medical attention to adjust to being independent and outside the womb. Common interventions include:

• Suctioning or cleaning out the nose, mouth, throat, and airway

• Physically stimulating the baby to increase the newborn’s heart rate

Does a low Apgar score mean there are permanent problems?

The Apgar scoring system wasn’t designed to predict long-term problems. With that said, when a newborn has a low Apgar score that stays low persistently after 1 minute, it’s a finding that doctors use to identify a baby as at-risk for medical problems and to refer for follow-up care.

A low Apgar score is consistent with low-oxygen birth injuries including asphyxia, anoxia, hypoxia, and hypoxic-ischemic encephalopathy; however, a persistently low Apgar score doesn’t necessarily mean that a newborn has one of these brain injuries or cerebral palsy.

A medical study has shown that:

• In one study, 90% of babies with low Apgar scores were never diagnosed with cerebral palsy

On the other side of the coin, just because an Apgar score is documented to be normal doesn’t mean that medical negligence or errors weren’t at play. There’s a subjective element to assigning an Apgar score and it’s not out of the question that someone may inflate an Apgar score as part of a cover-up.

Apgar scores are one piece of the puzzle that healthcare providers and parents can use to make sure that babies receive the proper care that they need.

If your child had low Apgar scores, then I urge you to consult with a top-rated experienced Houston, Texas medical malpractice lawyer for help in evaluating your potential claim. A medical malpractice attorney knows how to investigate what happened to determine whether negligence caused your child’s serious injuries—and can do this important work with the limited time allowed by the statute of limitations.