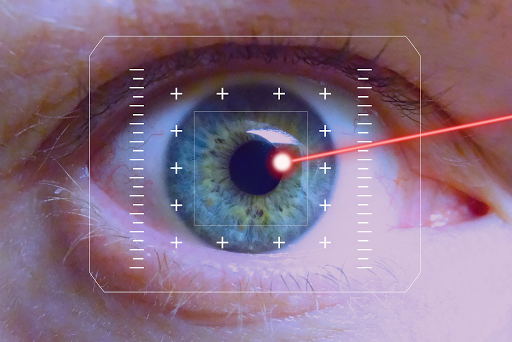 Ophthalmologists are medical doctors with specialized training in the diagnosis and treatment of eye diseases.

Glaucoma is actually a group of conditions that impact the optic nerve based on abnormally high pressure within the eye. Either an over-production of fluid, called the aqueous humor, in the eye or poor drainage causes the build-up in pressure.

Glaucoma symptoms vary based on the exact condition and how long it’s been present. Symptoms can include blind spots in your central or side/peripheral vision in both eyes, tunnel vision, blurry vision, tunnel vision (a very serious sign), eye pain, halos around light, and some other non-specific factors like a very bad headache, nausea, and vomiting.

Once glaucoma causes vision loss, the damage can’t be reversed. This is one of the reasons why it’s important to have annual vision checks with with an optometrist. When it’s diagnosed, there are medical and surgical treatments that address the symptoms.

Retinal detachment may be the biggest emergency medical condition that ophthalmologists treat. The retina is a layer of tissue located at the back of each eye that plays a critical role in vision. If the retina detaches from the underlying blood vessels, it cuts off oxygen and nutrients.

The classic warning signs are the appearance of floaters or flashes suddenly and overall impaired vision. It’s important to get to an ophthalmologist immediately because the longer the retina is cut off from oxygen and nutrients, the more likely the vision damage will be permanent.

On August 16, 2019, the Texas Medical Board entered an agreed order for a disciplinary action against Corpus Christi ophthalmologist Jorge Adrian de la Chapa, D.O. (A “D.O.” is a physician who had training at an osteopathic medical school. They can practice medicine in Texas just like an “M.D.” who attended a traditional medical school).

According to his public profile with the Board, Dr. de la Chapa was initially licensed in Texas in 2000. Since 2007, he’s been board certified by the American Osteopathic Board of Ophthalmology and Otorhinolaryngology and reports a primary specialty in the area of ophthalmology. Dr. de la Chapa reports no current staff privileges at any hospital.

This is not the first disciplinary action against Dr. de la Chapa. On March 2, 2018, the Board entered a Remedial Plan requiring him to take additional training.

In the current Board action against Dr. de la Chapa, the Board charged that he violated the standard of care owed to a patient by failing to diagnose retinal detachment, instead diagnosing for glaucoma. The Board charged that Dr. de la Chapa’s medical error led to the patient requiring retinal surgeries. In addition, the Board charged him with failing to document testing that he claimed to perform as part of the patient’s care. (Interestingly, his prior Board order dealt with another failure to document—then he didn’t note that he performed a YAG capsulotomy for a different patient).

The Texas Medical Board agreed order requires special oversight and monitoring of Dr. de la Chapa’s practice for two years by a designated physician monitor. Every three months, the physician monitor will review the medical records of at least 30 of Dr. de la Chapa’s patients. The monitor will prepare written reports identifying any perceived deficiencies and any making recommendations to improve Dr. De la Chapa’s practice of medicine. If the monitor decides it’s warranted, he or she can recommend that Dr. De la Chapa submit to a competency evaluation.

Finally, during the term of the agreed order, Dr. De la Chapa has to give a copy of it to all hospitals, nursing homes, treatment facilities, and other health care entities where he has or applies for medical staff privileges.

If you’ve been seriously injured because of a misdiagnosed retinal detachment, then contact a top-rated experienced Houston, Texas medical malpractice lawyer for help in investigating your potential case.