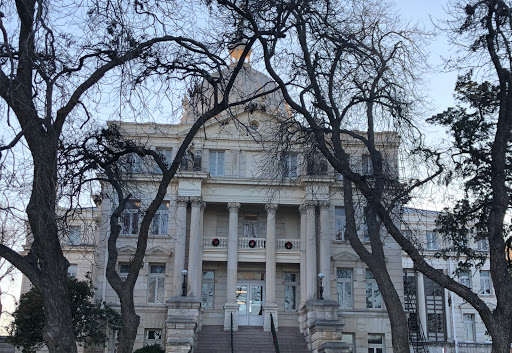 There are two types of testimony that are admissible before a judge and jury. The first is live testimony in the courtroom by a witness. The second is deposition testimony.

Everyone is familiar with live testimony. That’s when a witness is present in court, goes to the witness stand, is sworn in, and gives testimony in front of the judge and jury.

In a deposition, the attorneys for all parties assemble together, usually in a law office, to ask a party or witness questions under oath. With proper notice, a deposition may be videotaped by any party.

The deposition begins with a certified court reporter administering the oath to the witness to tell the truth, the whole truth, and nothing but the truth—the same oath of truthfulness given in court, with the same penalties of perjury being applicable. The court report transcribes and prepares a transcript of the entire question and answer testimony plus any exhibits.

When the transcript is certified by the court reporter, it may be played, displayed, or read in the courtroom in front of the judge and jury, just like live testimony.

Before then, though, there are two circumstances where a witness may attempt to change testimony.

Changing the deposition transcript after the fact

First, after the deposition transcript is completed, the court reporter sends it to the witness for review. The witness has a 20-day period to “read and sign” the transcript, which includes making any corrections or clarifications to the testimony for transcription errors, mistakes, or clarification on an errata sheet, which becomes part of the official deposition record.

Some attorneys misuse this “read and sign” period as an opportunity to give their witnesses a second bite at the apple for favorable testimony. Check out this example, which a Fort Worth medical malpractice lawyer recently shared with me from the deposition of a defense medical expert in a bariatric surgery Wernicke’s encephalopathy case.

This was the question and answer exchange during the deposition:

Question:  For her thiamine level to be like the one reflected in Deposition Exhibit 7, she would have had to have been thiamine-deficient for some bit of time; fair?

Question: More than a week?

Original Answer: I would think so, yes.

Changed Answer on Errata Sheet: No, it could happen in a few days.

Question: She was thiamine-deficient before October 22 4th, 2016?

Answer: Yes, I would agree with that.

Changed Answer on Errata Sheet:  No I don’t believe she was.

Changing testimony later in the deposition

The second circumstance where a witness may change testimony is by taking a break, getting coached by her lawyer, and coming back to spew out new, contradictory opinions. I experienced this one first-hand today when I took the deposition of a registered nurse was the key fact witness for a medical malpractice lawsuit against a major hospital in Houston’s Texas Medical Center.

On questioning, the registered nurse admitted that in her 20+ years of work at this hospital, she’d never seen or been involved in the care of a patient who had an incidental durotomy. An incidental durotomy is a surgical complication where the protective lining of the brain and spinal cord, called the dura mater, is accidentally damaged and may allow spinal fluid to leak.

After several more questions, I asked the nurse if, looking back, she felt that it was safe for her to accept responsibility to care for this patient, given her degree of education, training, skills, and experience. Incredibly, she said “no.”

It wasn’t long afterward that the defense attorney wanted to take a break and the nurse left the room with her. When they returned, the nurse immediately and eagerly said, “I need to make a correction to something I said earlier.” I said, “Let me guess. After your attorney asked for a break, and 10 minutes of talking with your attorney, you’ve come back to tell us that it was completely safe for you to care for this patient after all.” She uncomfortably said, “Yes.”

What it all means

Under Texas law, if a witness changes his deposition testimony, the opposing party is able to play or read both the original testimony and the modified testimony. This is true whether the testimonial changes are done in an errata correction sheet after the deposition or during the deposition itself.

This process is called impeachment, and the idea is to bring the dishonesty or waffling testimony to the attention of the judge and juror to impeach the witness’s credibility.

A top-rated experienced Houston, Texas medical malpractice knows how to present deposition and trial testimony persuasively. That includes testimony that’s changed during a deposition, after the fact, or at trial.