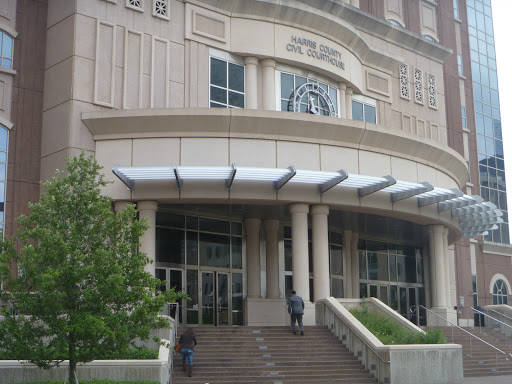 The case is now pending in the 125th District Court of Harris County, Texas, where Judge Kyle Carter is presiding. You can read the original petition here.

Our client is a woman in her 40s who went to the Bayshore emergency room (ER) complaining of abdominal pain for one day. She told the ER doctor that she had previously had a gastric bypass surgery and about six months earlier had been taken to the operating room to correct an internal hernia and small bowel volvulus.

Volvulus is a dangerous medical condition where the affected organ becomes twisted, which can cut off blood flow.

The ER doctor did the appropriate thing by ordering an abdominal CT scan and informing the radiologist that the reason for the scan was abdominal pain and vomiting with a history of recent volvulus. The radiologist wrote a report that interpreted the scan as showing a moderate amount of stool that was suggestive of constipation. He felt that everything else was within normal limits.

According to the radiology expert that we retained to review the CT scan images, that was the first mistake. Given the fact that the ER doctor gave specific information about the past history of volvulus, our expert believes that a trained radiologist should have identified the characteristic swirl pattern that was present and indicated volvulus.

Despite the negative CT finding, the ER doctor decided to admit the patient for overnight observation, under the care of two hospitalists. Hospitalists are physicians with training in the field of internal medicine, who base their practice in hospital settings only. Hospitalists are the quarterbacks for hospitalized patient care and are required to make appropriate orders, including consultations with medical specialists.

While the ER doctor planned to only keep the patient overnight, her condition got worse and worse. According to the medical expert that we retained to study the medical records, the hospitalists bought into the inaccurate CT scan findings of the radiologist and failed to use basic medical decision-making to investigate why the patient wasn’t getting better.

The hospitalist physicians felt that her symptoms of abdominal pain, nausea, and vomiting were related to constipation and proceeded to load her up with aggressive laxatives. Our expert believes that their lack of care and failure to use the differential diagnosis process to rule in and rule out different conditions, rather than just relying on a radiologist’s interpretation of a CT scan, was the second mistake in this woman’s care.

After three days of no progress, they ordered a consult with a gastroenterologist. This GI doctor called the woman’s original bariatric surgeon on a Saturday. Instead of coming into the hospital to see the patient, or suggesting an in-person consultation with another surgeon, the bariatric surgeon said that he felt comfortable with the CT scan results from three days earlier and chose to do nothing. According to our expert surgeon, that was the third mistake.

Despite these conditions being medical emergencies, the hospitalists did nothing overnight, and waited until late the next morning to order a surgical consult. At that point, the surgeon recommended a non-emergency transfer of this patient to Clear Lake Regional Hospital for a higher level of care. That’s also the facility where she had the original bariatric surgery and volvulus repair.

Even when she arrived at the new hospital, it seems that no one had figured out the severity of her problem. Her bariatric surgeon waited until mid-afternoon the next day to return her to the operating room.

The surgeon started with a laparoscopic procedure, but quickly converted to an open operation with a 10-inch cut along her abdomen after discovering mesenteric volvulus and tissue ischemia. Ischemic tissue has an unusual color because it’s being insulted and harmed by a lack of blood flow and oxygenation.

Because of the numerous medical mistakes and delays in diagnosing and treating this patient, she had over a foot (15 inches) of her small intestine, terminal ileum, and cecum removed. This has caused her disabling nausea, vomiting, and diarrhea that’s now considered permanent.

What’s incredibly disappointing to me about this case is that this woman went to the emergency room and provided clear information about her medical history, including the fact that she had suffered from volvulus only six months earlier.

This information was passed along to the radiologist, but after he misinterpreted the abdominal CT scan, the rest of the medical team involved in her care seemed to ignore it. In my opinion, this is a classic case of the dreaded medical error of doctors treating a CT scan rather than the patient.

If you’ve been seriously injured because of poor hospital or medical care, then contact a top-rated, experienced Houston, Texas medical malpractice lawyer for help in evaluating your potential case.