In a wrongful death case I'm handling, the anesthesiologist was handling 5 patients at once Contact Now

When anesthesiologists and nurse anesthetists juggle too many patients at once, patient safety pays

In a wrongful death case I'm handling, the anesthesiologist was handling 5 patients at once 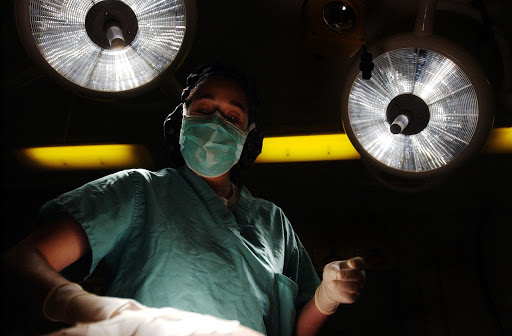 I spent several hours today deposing an anesthesiologist in Dallas. The defendant anesthesiologist and certified registered nurse anesthetist (CRNA) in a Texas medical malpractice lawsuit hired him to defend their medical care in a case where a man less than 40 years old died after being taken from the operating room for an elective surgery.

All of the care at issue occurred an ambulatory surgery center.

In my experience, many ambulatory surgery centers run patients through like they’re on a conveyor belt. In this medical malpractice wrongful death case that I’m handling, the story was no different—the anesthesiologist was handling five different patients and surgeries at once, supervising CRNAs in each of five operating rooms. During some of the riskiest parts of the anesthesia and surgical care, the anesthesiologist wasn’t even in the operating room.

There’s one thing in particular, though, that really got my attention about the “expert witness” anesthesiologist’s deposition testimony. He completely defended the anesthesia providers’ decision to continue with the surgery, even though around 10 minutes before the surgery start time they saw a possible serious abnormality on the one of the monitors that gave them concern.

The standard of care, set by guidelines of the American Society of Anesthesiologists, requires anesthesiologists to continually use a set of monitors to keep an eye on things like respiration and cardiovascular function. Combined, they’re often called “ASA monitors.” One of the required ASA monitors is an EKG

An EKG is a heart monitor that creates a strip that continually shows the patient’s heart rate, rhythm, and other characteristics that often have alphabetic names after what the different waves, peaks, and troughs are called. One of these abnormalities is an ST elevation.

All the doctors and experts, and even the CRNA, in the case agree that a bona fide ST elevation is really bad news. It indicates myocardial ischemia or some other serious myocardial condition. It’s an emergency. It requires stopping the surgery, calling 911, and sending the patient to a hospital for a full workup.

The anesthesiologist and CRNA defendants admit that they saw a possible ST elevation before the surgery. They agreed that the only way to rule in (verify) or rule out (eliminate) whether what they were seeing was a real ST elevation was through running a different test that would take 10 to 15 minutes, tops. And they agreed that they never confirmed whether what they saw was a dangerous ST elevation of not—they just didn't know one way or another for sure.

Instead of putting safety first, they decided to ignore the possible ST elevation and charge onward for the surgery. After all, as the defendants’ anesthesiology “expert” testified at deposition, the ambulatory surgery center and surgeon are busy, so it might lead to cancellation of the elective surgery. He agreed, when I asked, that they would all want to just move on to the next patient.

This viewpoint really concerns me because it shows a willingness to but scheduling convenience and profit over patient safety. Even worse, the anesthesiology “expert” claimed at deposition that, even looking back, he though the conduct was entirely reasonable—it was fine to ignore a potentially abnormal finding on an EKG in a patient who’s below 40 with no known cardiac conditions or symptoms.

I can’t help but wonder something. If you’re going to ignore concerning findings and refuse to work them up because they might delay the next surgery, why both monitoring the patients during surgery at all?

If you’ve been seriously injured or experienced the wrongful death of a family member during a surgery or because of questionable anesthesia care, then contact a top-rated experienced Houston, Texas medical malpractice lawyer for help in evaluating your potential case.