Bowel perforation are known complications of abdominal surgery, and can be a life-threatening combination when mixed with barium contrast Contact Now

Bowel perforation are known complications of abdominal surgery, and can be a life-threatening combination when mixed with barium contrast 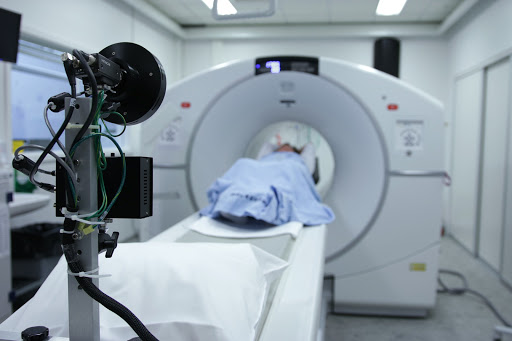 When a doctor orders a CT scan or MRI scan, it can be with contrast or without contrast. If the diagnostic radiology scan is to be done with contrast, it means that the patient will be asked to swallow some contrast media, or in some cases have it injected, because it will help with identifying the specific things the doctor is looking for.

For most patients, dealing with contrast isn’t a big deal. As I’ve previously written, though, some patients experience an anaphylactic reaction to CT contrast or MRI contrast. It can be life threatening if it’s not diagnosed and treated immediately.

Beyond that, though, there is another type of contrast risk that you should be aware of in certain circumstances—any time there’s the possibility of a perforated bowel. A perforated bowel is a possibility and known complication any time a patient has abdominal surgery. Sometimes, it is discovered and repaired during the surgery, but on other occasions no one knows about it until the patient returns to the surgeon or emergency room with complaints of severe abdominal pain.

That’s exactly what happened to an athletic man in his 20s who had a surgery to treat some groin pain. After he was discharged home, his pain increased, even though he was taking more and more pain medication over the next two days.

The man went to a hospital emergency room at a large academic center, where a resident saw him and suspected that he had a bowel perforation. A resident is a physician who is still completing clinical training. The resident was right in suspecting a bowel perforation—it should always be at or near the top of a differential diagnosis list for a patient with a recent abdominal surgery.

Unfortunately, though, there was a shift change and a new emergency medicine resident doctor took over the case. The first resident didn’t tell the new doctor about his suspicion and didn’t write anything about it in the medical record. The second doctor didn’t have the same suspicion for a bowel perforation, even though he should have under the standard of care.

The new doctor ordered an abdominal CT scan with contrast. The radiology tech followed the order and gave the patient barium contrast to swallow. What both of them missed, though, is that a barium contrast should never be used for a patient who has a possible gastrointestinal perforation. Why? Because it can leak and cause major problems.

Sure enough, this man’s CT scan showed a perforation, but the barium contrast media leaked out through the holes into the patient’s peritoneal cavity.

As you might imagine, barium contrast in the abdominal cavity is caustic and leads to infection and a condition called barium peritonitis, which is an accumulation of a large volume of barium contrast fluid, or ascites, that can lead to shock.

The treatment often requires another surgery to wash out and remove the barium contrast and placing the patient on intravenous (IV) fluids to correct the large volume of fluid loss that’s associated with it. This is a very serious condition with a mortality/death rate of around 35%, which can go even higher if it’s not treated immediately and is allowed to develop into a bacterial peritonitis infection.

When there’s the possibility of a bowel perforation, ordering physicians should specify, and radiology staff should use,

If you’ve been seriously injured because of poor radiology or radiologist care, then contact a top-rated experienced Houston, Texas medical malpractice lawyer for help in investigating your potential case.