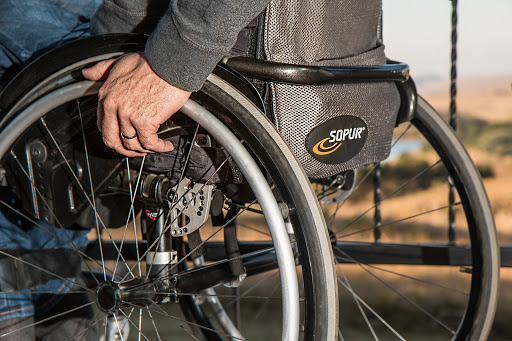 Study after study has concluded that Texas consistently ranks at the bottom of all states when it comes to the quality of nursing home care.

I think one of the big reasons that so many Texas nursing homes offer needlessly dangerous care to patients is poor staffing levels. It’s easy to understand that when a nursing home doesn’t hire enough nurses to go around and cover the needs of its residents or patients, bad things can happen.

Then, combine that with the arbitration clauses contained in many nursing home contracts.

Back in 2003, when the Texas Legislature enacted sweeping tort reform, one of the very few provisions that even arguably helped protect patient interests concerned arbitration clauses.

Arbitration clauses are often tucked into thick contracts and require patients to waive their right to a jury trial—or any trial at all—in any dispute involving the care provided. Instead, when a contract contains an arbitration clause, patients must bring their claims before an arbitrator.

Under Texas law, this agreement is invalid and of no legal effect unless it is also signed by an attorney of your own choosing. This agreement contains a waiver of important legal rights, including your right to a jury. You should not sign this agreement without first consulting with an attorney.

It didn’t take long for Texas nursing homes to find a way to wiggle around this state law, though. Their solution was pretty simple: Bury in the nursing home contract language that invokes the Federal Arbitration Act, so it will preempt or trump Texas law. Here’s an example of a provision in a patient contract with a nursing home on the part of a major chain in the Houston area:

“The parties expressly agree that this Arbitration Provision, the Residency Agreement and the Resident’s stays at the Providers substantially involve interstate commerce, and stipulate that the Federal Arbitration Act (“FAA”) shall exclusively apply to the interpretation and enforcement of this agreement, and shall preempt any inconsistent State law[.]”

In 2014, the question of whether nursing homes can bypass Texas law with this type of language was taken up to the Texas Supreme Court in a case styled The Fredericksburg Care Company, L.P. v. Juanita Perez et al., No. 13-0573, (Tex. Oct 14, 2014). The court entered a unanimous opinion that yes, nursing homes can invoke the FAA and bury arbitration provisions in small print in a mound of paperwork. You can read the opinion here.

I found it interesting that the patient contract I mentioned above has a heading “Benefits of Arbitration.” It claims that the parties’ decision to select arbitration is supported by the potential cost-effectiveness, and—get this—one of the benefits is the “limiting such company’s exposure to liability.” In other words, the big benefit of arbitration is that nursing homes can get away with inadequate staffing and overall poor care by forcing injured patients or their loved ones, when the patient dies, into expensive arbitration that, by the way, must be kept entirely confidential so other potential customers can’t find out about it.

What this means for Texas patients who were injured in nursing homes who’ve covered their bases with arbitration clauses is that they will find it more difficult to find attorneys willing to represent them. Arbitration is costly. The parties have to pay the fees of the arbitrator or arbitrators who are selected to make the final decision. And by final, I mean final—arbitration awards or decisions are generally not subject to appeal, which is an option that is more routinely available in court.

The steep cost of arbitration is particularly impactful in the context of a medical malpractice lawsuit, where the double whammy of non-economic damages caps and the high expense of medical experts required by Texas law can combine to make many cases not economically viable to pursue. That’s the whole point of the Texas nursing home community, though!

Arbitration clauses don’t guarantee a denial of justice, though. A Florida family recently secured an arbitration award on behalf of their 92-year-old loved one who died after falling and hitting his head in a nursing home. The nursing home staff did an x-ray and decided not to send him to a hospital to be evaluated, which is the standard of care for elderly people experiencing a fall. The arbitrator awarded $6,700 for funeral costs plus $350,000 for pain and suffering (that would be capped at $250,000 under Texas law).

If you’ve been seriously injured or have had a loved one who has passed away because of poor nursing home care, then contact a top-rated Houston, Texas medical malpractice lawyer to discuss your potential case.